J. D. Bauer was born in Brooklyn, NY in 1927. Her father, Morris, was an attorney. So was her mother, Estelle, and the couple shared a law practice in New York. 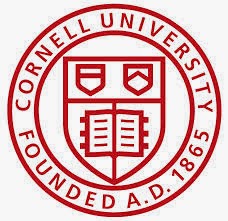 Bauer excelled at Far Rockaway High School, graduated early and headed upstate to Cornell University, where she double-majored in home economics and psychology. She then went on to Columbia University where she earned a Ph.D. in psychology. But that's not how she got famous.

It was 1955, and the nation was enthralled with the new medium of television, and among the most popular offerings were the quiz shows -- Beat the Clock, Name That Tune, Truth or Consequences.

And The $64,000 Question. For this show a contestant would select a category, and then answer increasingly difficult questions as the prize money kept doubling, up to $64,000. Once a contestant got past the $4,000 level, they came back to answer only one question per week, and if they missed a question they lost the money but got a Cadillac (which then cost around $4,500) as a consolation prize.

By this time Bauer was married; her husband was studying to be a doctor (he was an internist with a specialty in diabetes); and the young couple was struggling to make ends meet in New York City. So Bauer decided maybe she could make some extra money going on one of the TV quiz shows.

She approached The $64,000 Question and selected the category of boxing, a sport she knew nothing about. But she was a good student and a voracious reader, and so she dove into every book about boxing that she could find. She correctly answered all the questions, and after seven weeks she became the second person, and only woman, to win the top prize of $64,000 -- and ended up famous in the process.

The government later investigated the TV quiz shows, alleging that they were rigged. Several contestants admitted they had been fed answers in advance. But Bauer always insisted she had not cheated, and she was exonerated by the investigators. Her boxing title was for real. And in 1957, she was invited to provide color commentary during the championship boxing match between Carmen Basilio and Sugar Ray Robinson.

By this time Joyce Diane Bauer had become a household name . . . as Dr. Joyce Brothers, the wife of a respected New York internist, Dr. Milton Brothers, and the woman who knew everything there was to know about boxing. But in 1958 she went back to her true field of expertise. She developed a revolutionary new TV show in New York not to talk about sports, but to offer advice on relationships, during which she answered questions from the audience.

She covered all manner of topics from blind dates to breastfeeding, from divorce to depression. The show was syndicated across America, and was also supported by a radio show with a similar format -- Dr. Brothers issuing advice and answering questions. 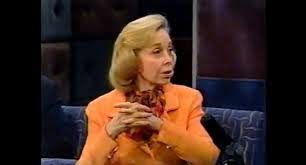 Dr. Brothers also wrote a syndicated newspaper column, a monthly column for Good Housekeeping, and over the years wrote numerous other articles for various magazines. She also appeared in cameo roles in several movies, and was a regular guest on The Tonight Show. She published several books, including How to Get Whatever You Want Out of Life, and in 1991 a book called Widowed which very honestly and forthrightly chronicled her struggles after she lost her husband to cancer. 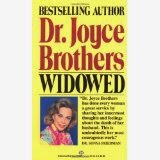 Dr. Brothers died in 2013 at the age of 85. But she will always be remembered, for better or worse, as the woman who pioneered the path for media psychologists. But as her Ph.D. proved, was the real deal, and as her frequent guest appearances demonstrated, she also had a sense of humor about herself -- and about the place she carved out for herself in American culture.

Yes, I do remember her. Thanks for the many facts about her life that I didn't know, Tom. A very unique and interesting person. :-)

I adored her and found her to be the real deal, not like the so called doctors on the tv today making a buck out of their preferences, I enter a lot of contests because of her, she liked baseball and knew many interesting facts and she was just so chic and lovely, polite and mannerly..no one like her at all today..She lived a long long life, what does it say about her manners and her personality PLENTY..thanks for the tribute! ciao!

I did not know that she won that contest and that she did it by studying boxing beforehand. Who knew!

I still laugh when I think of her in a hot tub with Eddie Murphy while he was doing his James Brown impersonation.

Dr. Brothers always seemed so likable to me. She didn't lecture people, she shared her knowledge in a friendly way. She made me feel all warm and kinda fuzzy, and I was sorry when she died.

I found her interesting until the charge of inauthenticity dogged her.

I didn't know about her game show history, intereting.

Thanks for the retrospective on her life. I remember seeing her on TV and taking her as a role model for being an intelligent, well spoken, confident, kind woman. There weren't that many female experts on TV when I was growing up, so she was a big deal for me.