Are You Ready for Retirement?

Are you dreaming of retirement, or are you already there? Either way, you can test your knowledge on the subject, and benefit from the results, by taking this simple 14-question test. Go ahead and find out what your Retirement IQ is . . .


1. Financial experts estimate that you can spend how much of your retirement assets per year?

2. You're 66. How much longer (according to Social Security actuarial tables) can you expect to live?


3. You're retiring. Maybe you know where you're going to live. But most retirees live:


4. Not everyone moves to the Sunbelt. But if you do, where are you most likely to go?


5. At what age can you start receiving Social Security benefits?

6. What is the average monthly Social Security retirement benefit?


7. Do you have to pay income tax on your Social Security benefit?


8.  At what age do you max out the monthly amount of your Social Security benefit?


9.  At what age are you eligible for Medicare?


10.  You have probably heard of long-term health insurance that will pay for a nursing home. What are the chances you will actually end up in a long-term-care facility?


11. What are the chances you'll get Alzheimer's?

13. What is the favorite activity of retirees?


14. Not everything's about medicine or money . . . who was a member of the Traveling Wilburys?


Answers to: Are You Ready for Retirement?

You took the quiz -- and if you've been paying attention at "Sightings Over Sixty" you should know most of the answers. So . . .  check out the explanations below to see if you're really ready for retirement:

1. b)  Most experts estimate that you can safely spend about 4% of your retirement assets every year, without worrying about running out of money. Some people who are concerned about current low interest rates recommend a more conservative 3% withdrawal rate; but if that doesn't work for you, you can always (but I'm not necessarily recommending it) buy an annuity which will pay more; or even a 30-year Treasury bond at the current rate of 4%.

3. b)  In smaller accommodations near their old home. According to the U. S. Census Bureau fewer than 2% of retirees moved across state lines in 2010, the latest year reported. Most retirees do downsize at some point, but they typically stay within a two-hour drive of their old home, to be near family and friends. 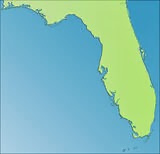 4. a)  Florida. In 1990 better than one out of four retirees who moved out of their home state relocated to Florida. Today, it's down to one out of seven. Still, despite the increasing popularity of the Carolinas and the Pacific Northwest as retirement destinations, more retirees move to Florida than any other state.


5. c)  62. You can start withdrawing money from your IRA without penalty at age 59 1/2. You can begin your Social Security benefits at age 62 -- and receive "full benefits" once you hit full retirement age, which is 66 for most of us. But the better way to look at it: you're eligible to begin benefits anytime between age 62 and 70, on a sliding scale. The longer you wait, the bigger your check.

6. d)  The average monthly Social Security benefit for a retired worker as of Nov. 2013 (the latest available figure) was $1,274. Benefits are going up marginally for 2014.

7. e)  All of the above. If Social Security is your only source of income, you will likely pay no income tax. But a portion of your benefit may be taxed by the Federal government if your total income is above a certain amount, starting at $25,000 a year. Also, if you're under 66 and have more than $15,480 in earned income, your benefit will be "reduced." In addition, there are 15 states that, depending on your income, may levy state income tax on your Social Security benefit.

8. c)  As noted, you can begin Social Security anytime starting at age 62, and the longer you wait the higher your monthly benefit ... up to age 70. After that, you get no increase, so there's no point in waiting beyond age 70.

9. c)  65. While the age that Social Security considers "Normal Retirement Age" has gone up from 65 to 66, and will continue to go up to 67 for people born in 1960 and later, the age at which you're eligible for Medicare has remained the same, at 65.

10. d)  It's hard to pin down your chances of ending up in a long-term care facility. Today, there are slightly more than 1 million people in these facilities, and close to 90% of them over age 65. The best guess you'll end up in a facility? About one out of three. If you are female, the chances are higher; for males the chances are lower.

11. c)  According to Genomes Unzipped, the baseline risk of getting Alzheimer's is approximately 9% for men and 17% for women, for an average of about 13%. It's not that women lose their minds more often; it's that they live longer -- and the primary risk factor for Alzheimer's is age.

12. b)  Despite all the advances in heart medicine, from statins to transplants, the number one killer in America today is heart disease, accounting for 31.8% of deaths for people over age 65. Cancer is number two, responsible for 21.6% of deaths. Alzheimer's is the cause of death for fewer than 5% of older Americans.

13. e)  According to several sources, retirees say their favorite activity is traveling. Retirees also volunteer, spend time with friends and family, play golf, go fishing and work in their gardens. But in actual fact, according to U.S. News Retirement, people's favorite activity in retirement is relaxing -- reading, resting, watching TV.

14. a)  The Big O himself, Roy Orbison. Other members of this late-'80s band included Tom Petty, Bob Dylan and George Harrison.


Here's "Handle with Care" by the Traveling Wilburys which came out in 1988:

Yes! I can say that I am prepared for retirement. But then the sad news is most Americans are not yet prepared for their retirement. According to a new survey discussed in one of ThinkAdvisor article, most Americans are still not ready for retirement and are not preparing for it. The survey says that the main reason for the lack of preparedness is that they don't have the knowledge.
So, I think one of the major challenge that we are facing is educating people about the importance of retirement planning and the factors the needs to be included in their plan, such as protection like life or long term care insurance. We all know that health care and long term care costs are the most expensive expenses that a retiree can face in the future, so therefore, it requires careful and early planning. This is also stressed out in,www.fpsinsurance.com/essentials/long-term-care , "Without a plan, many families become negatively affected by long term care, as the cost of these services is difficult to sustain for an extended period of time. Family caregivers who take care of loved ones are also impacted with stress and further loss of job and income."
I am grateful for blogs like Sightings Over Sixty. You have a great part in educating our people about retirement. I hope you will continue to share your experiences and information so that people will be inspired on planning their future too.

I plan to retire in Dec of 2016 @age 65 and I'm trying to secure supplemental health insurance. Once I get a handle on what that will cost my retirement budget will be complete. I'm looking for seminars in the Naperville, IL area to get additional information before I retire on healthcare and what to do after I retire. My children are grown and very supportive of my decision. I come from the era where 'saving' for the future wasn't an option - I needed my paycheck and couldn't think that far ahead - so I've been on the fast track to prepare to retire.

Suggestion on books to read or where I can find out about health care and how to supplement my retirement w/o being a greeter at walmart...not that's there anything wrong with that but for me it's more fun to shop at walmart..:) Thanks Debby