Lessons from 60 Years of Living

My wife and I Facetimed with my daughter and her husband and our baby granddaughter the other day. They're busy starting a family, moving to a different city, getting a new job, buying a house. It's great to see them, talk to them, but I had to bite my tongue because all I wanted to do is give them advice -- and they really don't need my advice.
Nevertheless, I've been on this earth a long time and have learned a few things, although as my wife often reminds me -- ha, you don't know everything. So if you can add anything to these lessons, please, be my guest.
So some lessons, learned the hard way:
The shortest distance between two points is a straight line. I learned this in high-school geometry. The principle goes well beyond mathematics and applies to everything from mapping out a trip to planning out a career

Look to see what's coming. This comes from driver's education. Look both ways, and anticipate what the other drivers are going to do. This is especially important if you (as I did) learned to drive a stick shift, to avoid excessive shifting, excessive braking, and just generally knowing what's about to happen so you don't get blindsided. In driving, as in life, you don't want to get blindsided -- whether it's by a divorce, a layoff, a sudden accident or mishap that could have been foreseen and thus avoided.

Know when to break the rules. Of course, there are always exceptions to the previous piece of advice. Sometimes the rules make so sense; they're holding you back, and you need to break out of the box. I learned this in my first job, when I broke some rules and catapulted myself into a promotion. But, I realized later, I was lucky. Because make no mistake. Most of the time you'll be opposed by the hidebound, the people with a vested interest, the people who can't see over the horizon. 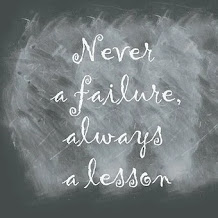 Stay on your toes. I learned this one in Little League. I played second base because while I was not afraid of ground balls, I had no arm and couldn't make the throw from shortstop or third base. But playing the infield, the ball comes at you pretty fast. You have to be ready. The coach would tell us, "Stay on your toes."

How to make a decision. Some people make a list of pros and cons. Others flip a coin -- and know the answer when the coin is in the air and they're hoping for a particular result. But I learned the concept of "expected value" in business school. Suppose you have one die. It costs you a dollar to roll the die. You pick a number, and if your number comes up you win $10. Should you play? The answer is yes, because on average it will cost $6 to win $10. If you're expected value of an action is positive, then you should take the action. It works in business but also in other aspects of life including your love life. It also works in gambling. Or as Kenny Rogers told us: "You gotta know when to hold 'em, know when to fold 'em."

Pick your fights. I learned this from my older sister. We used to fight all the time when we were little kids and I would always lose -- until one day when I got a bigger, I finally got on top of her and pinned her against a rock. We never fought again, because my sister was smart enough to know she wasn't going to win anymore. I learned it again later in life when I stood up to my boss when he was doing something wrong. He backed down, because he had to, but it wasn't long before I found myself with an early retirement package.
Go down swinging. Sometimes you have to fight even if you think you might lose -- if it's a matter of principle, or justice, or desperation. If that's the case, don't give up. You never know. You might surprise them. But if you do lose, lose with honor. So maybe if I hadn't picked that fight with my boss I'd have a more generous pension today -- but at least I can live with myself.

Get out of your rut. I learned this from tennis. It's easy when you're playing tennis to fall into the habit of hitting the ball back to your opponent. He's standing right there. So sometimes you have to remind yourself:  Hit the ball to the other side of the court! Make him run! Similarly, in life sometimes you have to shake things up -- to make people notice, to catch competitors off balance, to change the pace -- whether it's a career, a relationship, a vacation, an investment. Don't always just hit the ball back.
Posted by Tom at 8:53 AM

Excellent post. Being flexible in our thinking processes is so important. I see and hear too many oldies stuck in their ways as their worlds shrink to the next meal and the rigidity of the nightly news that can't be missed and no longer visiting the library (curbside pickup here).

An old shaman once said to me that it was ironic that now he had all this wisdom no one wanted it.

Keeping our mouths shut is often the best thing we can do.

But now and again (bliss) I am asked for my opinion by Daughter and she actually listens and credits me to others.

Is it better to be right or to be kind?

I am going diyalisis 3 times a week, in my chest no less...I let everyone at the diyalisis center
I am a human being not just their paycheck..Had to sit for nearly 7 hours yesterday because the machine I was hooked up to just did not work, they never moved me and asked me to come back, I said hell to the NO and get it to work, PLEASE ASAP!!!!!!!!!!!!!!!! I had to call my hubs and let him know when to come and they kept asking me questions up the wazoooo! For god's sake they have one job to do and it is to make the experience painless and pleasant..I am 72 and will get my arm fistula soon, then it will be about half the time for the diyalisis I was called a newbie yesterday by a nice technician and she tried to fix the machine, I own't be at that chair or machine again..One has to take the reins in ones health I belong to a hmo and they are great the center not so much but I was aware and won't take these crappy days sitting down no pun intended..All the quips you used I heard all my life..but add one Life is a bitch than you die, I did not appreciate it as a youngster but I get it now..the teacher who said in high school never meant any untowards anyone, he was a decorated marine I found out later and he faced death in WW2 as he called it and was a wonderful teacher..but to be veryh ill for 1 year very ill and have to have 15 to 16 hours tethered to a machine to cleanse my blood from my kidneys has been very very difficult, but I am a brave person and my hubs even more so..so it makes it tolerable..Love your column and hope your health and your wife's is great..We have a 42 year old child I could never give her any advice, she is a young person with an old soul, and has always been so, many come to her for adivce and help, she thinks deeply and suggests some solutions but basically is a port in a storm for all her wisdowm..babies & toddlers adore her and so do elderly people she visits who have no relatives alive in a jewish facility..she is a wonderful human & loving human being, just like her daddy is everyone tells them their heartbreak & troubles and he is like our daughter an old soul in a young persons body (73) end of october, well enjoy the rest of summer & peace to you and yours and love!!!!!!!!!!!!!!!!!!!!!!!!!!!!!!!!!!!!!!!!

All good lessons to have been learned, Tom!
My one addition (that may apply only to me - but it has served me well throughout my 75 years) is "sometimes you have to give people the benefit of the doubt" - until they prove otherwise. It is so easy to think bad of someone when we don't really know the whole story.
And as to your lesson # 2: look to see what's coming...
I do think the world WAS'blindsided' by this virus. It should NOT have been blindsided, but it was. I can only pray that a lot is being learned from this experience. However, (IMO) the cost seems to be too high.

I always ask myself the question do you want to be right or have peace? Peace usually wins and it is the kindest thing to do. Not sure if it's always better.

Rian and Donna -- Thank you ... both good lessons, ones that I sometimes forget. They're both going on my list.

Allof these lessons take timeto learn. I always want togiveadvice but realize that my lessons were learned at another era. Maybe I need to see things in a more modern vein.

All are worthwhile thoughts. I would add to The Gambler's next line, " Know when to walk away and know when to run. "

Two more that I try to remember on a regular basis are:

2) Never wrestle with a pig. You just get dirty and the pig enjoys it.

Now the trick is to remember all these wise sayings! ~Kathy

Good stuff, Tom. Advice from my father that has stuck with me: When you are tempted to sit in on a poker game in a strange place, remember at least two of the players are smarter than you.

Dick -- Good one! I've heard a different version. If you look around the poker table and you don't see the sucker, then the sucker is you.

One thing I have learned about writing that also works for giving advice is that it's better to show than to tell.

I enjoyed reading about your lessons. I could make a list of my own, too, but I probably won't. I am the queen of procrastination. :-)

All tried and true ones Tom. My mom gave me one I seldom hear. "Meanness has a bitter taste." And my Dad's, "Always do your work so that you would be proud to put your name on it."

Two from government and business:

"If you take the high road of humility, you'll encounter surprisingly light traffic."

"After the pin is pulled, Mr. Grenade is not your friend, so think before you bark."

Dear Tom and Friends, going with the flow? More often than not, the water is polluted, and it's just better to swim over to the bank and get out of it.

Be flexible, watch your back and never let dogma get in your way.

Above all: To Thine Own Self Be True.

My rule of the road is similar. I learned on an automatic but my 2nd car was a stick shift. I always stay 1 car length away per 10 miles an hour. It's the best way to avoid a collision unless the person behind you is texting. And always watch what people are doing on all sides of you.