Are You a Baby Boomer?

Take This Quiz and Find Out

Stories about the status of Baby Boomers like the one in today's NY Times leave me cold. Who cares that the first boomers are turning 65? It doesn't mean anything, especially since full Social Security  retirement age is now 66, and will be moving to 67 for younger boomers.

But this begs the question:  Are you a Baby Boomer? Sure, you can check your birth date. But it's more of a cultural thing. Take this quiz to see if you make the grade as a true Baby Boomer. I suggest printing out the quiz, circling your choices, then checking back here -- answers will appear in a few days. Have fun!

2)  What were the Everly Brothers first names?
a)  Dan and Don
b)  Phil and Don 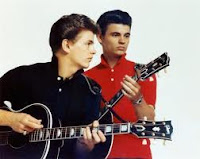 4)  Florence Henderson played the mom in what TV show?
a)  The Brady Bunch
b)  Ozzie and Harriet
c)  My Three Sons
d)  The Partridge Family
e)  Father Knows Best 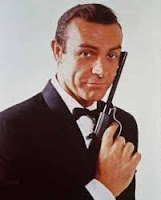 8)  What was the first James Bond film?
a)  From Russia with Love
b)  Dr. No
c)  Octopussy
d)  Goldfinger
e)  Diamonds Are Forever

10) What movie won the Academy Award for Best Picture in 1969?
a)  Easy Rider
b)  The Graduate
c)  Midnight Cowboy
d)  Five Easy Pieces
e)  Butch Cassidy and the Sundance Kid

13) Aside from giving us TV's "Keeping Up with the Kardashians," starring his step-daughters, Bruce Jenner is famous for winning the 1976 gold medal in what sport?
a)  cross country
b)  diving
c)  pole vault
d)  triathlon 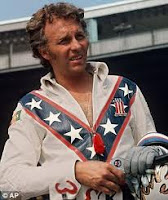 15) Who was the first African American elected mayor of a major U. S. city?
a)  Carl Stokes in Cleveland
b)  Thomas Bradley in LA
c)  Coleman Young in Detroit
d)  Walter Washington in Washington, DC
e)  David Dinkins in New York

1)  Ed Muskie, the Senator from Maine. Sargent Shriver replaced Tom Eagleton as George McGovern’s running mate in 1972. Walter Mondale ran with Jimmy Carter in 1976. Bob Dole was a Republican, and Henry Hawkins was an English judge in the 19th century (but Augustus Hawkins was a California Congressman who in 1978 co-sponsored the Humphrey-Hawkins Act, which commits the U. S. government to strive to balance the budget and produce full employment).

5)  John Lennon’s son Julian. The ballad evolved from a song Paul McCartney wrote to comfort Lennon’s son during John's divorce; the 1968 song was the Beatles longest-running hit. The first Beatles drummer was  Pete Best, replaced by Richard Starkey, aka Ringo Starr, in 1962.

6)  Many celebrities stopped over at Laugh-In, but Johnny Carson never left the Tonight Show. Goldie Hawn and Lily Tomlin were regulars. Joe Namath and Richard Nixon each made three guest appearances.

7)  April 30, 1975. Richard Nixon started his “Vietnamization” program in 1969 designed to bring home American troops. Ground troops were withdrawn in 1971; the Paris Peace Accords were signed in 1973; and in 1975 the South Vietnam government collapsed as North Vietnamese troops overran Saigon and the last American personnel were evacuated by helicopter. 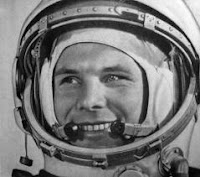 9)  Yuri Gagarin. On April 12, 1961 the Russian was launched into space in Vostok I and orbited the earth. Alan Shepard went up 116 miles on May 5, 1961, but did not make an orbit. Ten years later Shepard commanded Appollo 14 and walked on the moon. John Glenn was the first American, but only the third human, to orbit Earth in 1962. Valentina Tereshkova flew in 1963, the first woman in space.

10) Midnight Cowboy with Dustin Hoffman and Jon Voight. Butch Cassidy was nominated in 1969. The Graduate lost to In the Heat of the Night in 1967; Five Easy Pieces lost to Patton in 1970. Easy Rider, nominated for two Oscars in 1970, did not win.

12)  Patty Hearst. It was her nom de guerre after being taken hostage by the SLA in 1974. Rocky’s girlfriend was played by the actress Thalia Shire; Dorothy’s dog was Toto; and Malcolm X had five daughters, none of them named Tania.

13) Decathlon. Jenner set a world record at the time and was dubbed the world’s greatest athlete.

14)  Snake River, at Twin Falls, Idaho. He didn’t make it; and survived with minor injuries.

15)  Carl Stokes, elected mayor of Cleveland in 1967. Walter Washington was appointed mayor of Washington, DC, in 1967, but didn’t take office as an elected mayor until 1975 when home rule took effect. Bradley and Young both won election in 1973; Dinkins not until 1989. Richard Hatcher also was elected in 1967, as mayor of Gary, Ind.