Does anyone recall Lionel Richie? He started out in the 1970s with the Commodores, and then went on to a successful solo career. I liked Lionel Richie, even though I was embarrassed to admit it because he was more than a little sappy and syrupy. 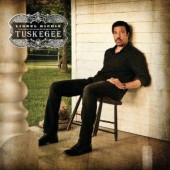 But he must have been doing something right. He recorded big hits like "Truly" and "My Love" and the soothing if somewhat monotonous "Say You, Say Me" as well as the more upbeat "Dancing on the Ceiling."

A friend of mine recently put me on to this clip, which I thought was amusing, and serves as an appropriate follow-up to my previous post about the movies. To the tune of one of Richie's other big hits, it brings back memories of  ... okay, Apollo 13 is easy. Then there's Schindler's List, Annie Hall, Goodfellas. Do you know which one is Being John Malkovitch? How about American Beauty? Can you name any of the others?

While I was on vacation from my blog, B and I drove down to our local "arthouse" movie theater to see The Best Exotic Marigold Hotel starring Judi Dench, Maggie Smith and several other acting veterans. It's definitely a film for "mature audiences only."

The movie tells the story of a group of English elders who for one reason or another have fallen on hard economic times, and decide to move to India where retirement promises to be less expensive. The drama develops as dreams of exotic India clash against the reality of crowded streets, strange customs and a run-down hotel, and as some of the characters embrace the new life while others cannot abide the unfamiliar circumstances.

It's a fine movie. It's not a great movie. It's only grossed a little over $38 million at the box office. But the story makes you think, and it stays with you for a while after you've left the theater. Something that doesn't happen when you see one of the summer blockbusters like The Avengers (gross: $600 million) or Madagascar 3 (gross: $160 million) or Men in Black 3 (gross: $165 million).

We've been to our arthouse theater, called the Jacob Burns Film Center, any number of times, and I always fear that I will seem out of place because the audience will consist of sophisticated 20-somethings who dress all in black, sip exotic coffees, and read French literature.

But I am always wrong. After we saw Marigold Hotel, B and I repaired to a nearby restaurant for dinner, and we joked about the audience that actually does show up for these movies -- movies that rely on plot and character and dramatic tension rather than car chases and special effects. The audience for these movies that make you think consists almost exclusively of people with expanding waistlines and gray hair, and who are dressed not all in black, but in "mom" jeans and faded golf shirts.

No matter how many times we go to this theater, I am surprised by the audience. And every time I am also startled, at some point, by the sudden realization that we fit right in to this crowd -- with my gray hair, my expanding waistline and my faded golf shirt.

But I finally am beginning to accept the fact that it's the adults of the world who truly are the sophisticated people interested in stories that carry real emotional impact, rather than the impact of computer-generated explosions.

The Film Center is the place where last winter we went to see The Descendants (gross: $82 million) and The Artist (gross: $45 million).

Last year we drove over there to watch Helen Mirrin in The Last Station (gross: $6 million), a movie about the final days of Leo Tolstoy. And Sarah's Key (gross: $8 million) starring Kristin Scott Thomas -- who knew she could speak French! -- as an American journalist, married to a Frenchman, who stumbles on a secret about the family apartment in Paris.

Before that, we caught Summer Hours (gross: $2 million) with Juliette Binoche, a movie about three siblings who converge on their aging mother's house in rural France. We saw the Swedish version of The Girl with the Dragon Tattoo (gross: $10 million). I later had to go back by myself to see The Girl Who Played with Fire (gross: $8 million), because B thought the movie was too violent and she didn't want to subject herself to the experience again.

A couple of years ago we saw Naomi Watts and Kate Hudson in Le Divorce (gross: $9 million), and Naomi Watts, Sean Penn and Benicio del Toro in 21 Grams (gross: $16 million). B knew 21 Grams was going to be kind of intense, and depressing, but she felt the presence of Benicio del Toro in the movie would compensate for that deficiency in the subject matter.

The point is, it's the older, mature audience -- not the young, hip audience -- that goes to see these more ambitious movies, movies that stick with you longer than the butter from the popcorn. If you have Netflix, or access to the DVD collection at your local library, I could recommend all of these movies to you. Some are better than others -- some are not even in English -- but they all give you something to think about.

Meanwhile, B and I are getting ready for our next trip to the Film Center, maybe to catch up on the new Woody Allen movie To Rome with Love. Or . . . I hear Naomi Watts is going to play Princess Diana in an upcoming movie. Gotta put that one on my list!

Email ThisBlogThis!Share to TwitterShare to FacebookShare to Pinterest
Labels: TV&Movies

The Blogging Boomers Carnival this week brings us some danger, some adventure, some worries . . . and some great eats.

Laura Lee, aka The Midlife Crisis Queen, had a terrible wildfire burning within 7 miles of her home this past week. So she's pitched in to help keep everyone updated on the High Park Fire (and she also provides a link to more fire photos.) But, she reports, she also did find time to go see the film "The Artist" and provide us with a review.

(I saw the movie earlier this year -- I thought it was so good, it left me, uh . . . . speechless -- but Laura Lee's analysis brought me a few new insights about the film and what it means for us today.)

Meanwhile, Katie from Arabian Tales (our favorite Baby Boomer expat) is doing a lot of walking in Dubai creating Walking Tours for TripAdvisor. Do you know how many “Ultimates” -- the superlatives -- there are in the Downtown Dubai area? It is amazing . . . but then again, she lives in Dubai and in Dubai being the first, the biggest, the best is a much sought after quest!

(And if you follow Katie's link, you can walk along with her to the Dubai Mall, the ice rink -- yes, there's an ice rink in Dubai, despite an average high temperature in June of 97 degrees -- and to the world's tallest building, the Dubai aquarium, and a few other choice locations.)

This week on The Survive and Thrive Boomer Guide, newcomer Rita R. Robison, consumer journalist, summons up some fascinating facts and figures about Father's Day, writes about her frustration over the new packaging for her checkbooks, and shares her pride in marching in the Gay Pride parade in Olympia, Wash.

On different tract, SoBabyBoomer says, for a growing number of boomers, things aren't going according to plan.  The postwar generation is living longer -- and many people are spending their savings along the way. He ranks the top four financial worries of affluent Baby Boomers.

But on a slightly more positive note, the Accidental Locavore, a Boomer who writes about real food for real people, is happy to have found a new source for her weekly farm basket. See what was fresh this week -- and what she did with it.

And, P.S., for the latest on the High Park fire, which is still blazing away, check out the Denver Post.

The volunteers at Ride for World Health finished their cross-country bicycle trip. The riders, including my daughter, all either work or study in some aspect of the health field. They began their journey at Torrey Pines, in San Diego, with the rear wheels of their bicycles in the Pacific Ocean. Two months later they dipped their front wheels in the Atlantic, at Bethany Beach, Delaware.

Their real mission was to "address global health disparities by focusing on education, advocacy and fundraising." This year they raised money for Louie's Kids, a group based in South Carolina that fights childhood obesity, Sustainable Organic Integrated Livelihoods (SOIL), an organization designed to transform wastes to resources in Haiti, and Mana, dedicated to improving agricultural practices in rural Africa.

One of the riders, age 24 and a med student, said it was most difficult thing he had ever done in his life. Another rider, 29, said, "Actually, it wasn't that hard." Her secret? The group stopped for a breather about every two hours. She kept her focus on nothing but getting to the next rest stop. One after another, until the trip was over.

One participant moaned that, after it was over he was never going to get on a bike again. I don't know if he was joking or not. But one of the women figured, more optimistically, that from now on she'll be commuting to work on her bike.


There were some people who joined the group for part of the ride. The youngest participant rode from San Diego all the way to to Washington, DC -- and skipped the last leg of the trip. She had to. She needed to get back to Ohio for her high-school graduation. An older fellow joined the group in St. Louis, and rode over the Appalachians to the sea. He didn't have to climb the Rockies, but as it turns out, there are some road grades in West Virginia that are just as steep as the ones out west.

Twenty some people made the entire journey. Everyone agreed that Utah has the highest, most rugged, most difficult-to-climb mountains. And Kansas is the flattest state ... by far. And everyone agreed, however hard or easy it was for them, it was truly one of the most rewarding things they'd done in their lives.

As I said to one young man, "You'll be telling your grandchildren about this."

He looked at me and grimaced, and kind of pinched his rear end, and groaned, "Yeah . . . if I can have grandchildren."
Posted by Tom at 9:11 AM 9 comments: