Everyone's going to remember this person, even though he died 32 years ago.

He was born in 1940 during the depths of World War II. His mother's name was Julia. His father, Alfred, worked as a merchant seaman and was away at the time of his son's birth. 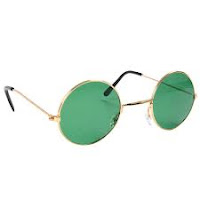 His father disappeared "absent without leave" in 1944, which left his wife and young son without means of support. When Alfred later returned home and wanted to reestablish his family, Julia was already pregnant by another man, and she refused his offer.

Julia eventually remarried, but asked her sister to take care of her boy. Then Alfred wanted to take him back, with a plan to move to Australia. Julia objected, putting the young boy in the position of having to choose between his mother and father. At first he elected to go with his father, but in the end he held his mother's hand and followed her home. It would be 20 years before he saw his father again.

As might be imagined, he had a rebellious nature and didn't fit in well at school. "I was the one," he later wrote, "who all the other boys' parents would say, 'Keep away from him.' The parents instinctively recognized I was a troublemaker, meaning I did not conform and I would influence their children, which I did. I did my best to disrupt every friend's home, partly out of envy that I didn't have this so-called home ..."

He listened to Elvis Presley and African American R & B records. He spent much of his youth living with his mother's sister, Aunt Mimi, but his mother often came by and supported his interest in music -- listening to records with him and teaching him how to play the banjo and the piano.

In high school he was described as a humorous, happy-go-lucky kid who paid little attention to his studies. His school reports were pretty damning:  "Certainly on the road to failure ... a clown in class ... wasting other pupils' time." Yet he showed artistic talent, drew cartoons for his school paper, and claimed that one day he would be famous.

His mother bought him his first guitar in 1956. She had it delivered to her house -- not to her sister's house where her son was living at the time. The sister hoped the boy would get tired of music and settle down to a more traditional vocation. "The guitar's all very well," she told the boy, "but you'll never make a living out of it."

His mother was run over and killed by a car in 1958, further roiling his life. He couldn't get into a regular college, so he attended an art institute where he disrupted classes, ridiculed teachers, failed his exams -- and met his first wife Cynthia.

Meanwhile, he had started a band, and he began to put together the group that would lead him to fame -- but not without a few bumps in the road. He brought in his school friend, Stuart Sutcliffe, to play bass in the band, but he soon quit. The fledgling band signed on a drummer who toured with them to Germany, but then he was replaced by a percussionist with more star power.

Finally the band settled on its four players. They worked hard, got a lot of experience, and soon went on to fame and fortune. But the rebellious art-school dropout, who would now be 72, was always the leader. His equally famous songwriting partner later admitted that the other band members idolized him. "He was like our own little Elvis ... He was older and very much the leader, he was the quickest wit and the smartest."

The band's first single was released in October 1962, and by 1963 the lads were topping the charts in England. And if you don't know who I'm referring to by now, you weren't alive in the 1960s. They made their first trip to America in February 1964 and appeared on . . . well, where were you when the Beatles first appeared on Ed Sullivan?

There's a lot of argument over what song rates as the biggest selling Lennon/McCartney tune. But the best estimate has to be:


As far as the best-selling John Lennon solo, it was recorded in 1971, after the Beatles broke up, when he was entering the next phase of his life in New York City -- and where as we all know he was shot and killed while walking to his apartment in The Dakota on December 8, 1980.


In case you're wondering if these songs are still relevant, 40 or 50 years later, I can report that they're still being sung by recording artists all across the universe. If you're interested in more, try the link to this version of Imagine by David Archuleta from American Idol a few years ago; and this modern take on I Wanna Hold Your Hand from the 2007 movie Across the Universe.

Email ThisBlogThis!Share to TwitterShare to FacebookShare to Pinterest
Labels: Music, Remember Him?

This is the only one I've ever guessed, and before even reading the post. I knew instantly from the glasses.

I just don't pay enough attention to the clues. But, what the heck, it was an interesting narrative and brought back great memories. Good mystery person post once again.

I also guessed from the glasses. 32 years? Can that really be?

You did a great job of not revealing the subject until the end, but the glasses are a give-a-way. Maybe you should use a less suggestive picture?

Did you really want to say "star" power? Or maybe you meant "Starr" power? :)

Most of the memorable, and enduring, songs of the Beatles were written by Paul McCartney. Not that I am a fan of McCartney or his songs (mostly insipid stuff), mind you, but he was the more prolific writer, I think, and wrote most of the hits.

Lennon's were deeper (and sometimes darker) and, in many ways, much better but I think McCartney's sold better.

The glasses are that obvious? I thought it would make it too obvious if I said "starr" power. Oh well ...

I always enjoy these but like some others the glasses tipped me off. Very interesting facts that I didn't know however.

That was THIRTY-TWO YEARS AGO?????
Time is collapsing!

Imagine is still one of my all time favorite songs. The college kids still love the Beatles so go figure!

I recognized him when I got to the name of his first wife. I think he was a jerk, a drug addict and a disgrace. So is Yoko Ono who has been giving Paul M a hard time over the copywights to songs he wrote with JL. Dianne

Just before reading this, I saw on TV that the Stones just started their 50th anniversary tour, the average age of the performers being 68. Who would have thought that the Stones would outlast the Beatles, not just as performers, but in remaining alive? Clearly dissipation leads to harmonious relationships and longevity.

Good progressive history leading up to Lennon which I began to suspect about half-way through. I've always enjoyed many of the tunes the group did when arranged and performed by other non-rock groups, and many of those they wrote, but never cared for the Beatles instrumentation.