The Feds just announced the increase for Social Security benefits for next year. The increase is 0.3%. So in 2017 the average beneficiary will see an extra $4 in their monthly benefit.

Of course even that measly $4 -- and more -- will likely be taken away from recipients to pay for Medicare. So far as I know, Medicare has not announced any increase for next year. But wait . . . 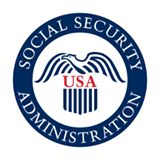 I can't say that this post is primarily designed to be informative; it's simply meant to further the discussion.

The typical reaction I've seen around the Internet reads something like this:  I worked all my life and paid Social Security taxes for almost 40 years, and now Social Security gives us virtually no increase to help us pay our bills. They say the reason is because there's no inflation, mostly because the price of gas has gone down. Well, that's great for truck drivers and uber drivers. But what about the seniors who actually rely on Social Security? Food prices are going up, medical costs keep climbing, and pretty much everything else (except for gasoline which we don't even use much anymore since we don't commute) is more expensive than last year. What are we supposed to do?!?

Well, to revive an old Clintonism, I feel their pain. I just paid the latest installment of the tax bill on my condo. I noticed it went up $100 from last year. That  doesn't seem too bad. Except it comes to 3.5% -- or more than ten times the rate of the Social Security increase. My sewer tax went up from $300 to $330 for the year. That's a 10% jump!

Honestly, I do not follow my own budget that carefully, so I can't really portray myself as a good judge of how much "real" inflation is, compared to the official figures. I do remember the 1970s, when prices seemed to increase every month. Inflation these days is nothing like that. And yet, we're planning a trip to South Carolina in a few weeks. The hotel prices seem huge! And prices on airbnb and homeaway don't look much better. Predictions for the death of inflation may be premature.

My medical insurance has not increased. And when I moved to Connecticut from New York, the bill for Medicare advantage actually went down by a few dollars. That's good news!

But then I went to the doctor yesterday for my annual physical. It seems that, instead of raising prices, Medicare may be stealthily cutting services. I used to get an annual physical, complete with blood tests and an electrocardiogram. But now, I'm told, Medicare will only pay for a Wellness visit. The Wellness visit does not include a blood test for cholesterol, triglycerides or other factors -- unless you already have a history of heart disease. In other words -- in a switch from the previous situation -- Medicare will pay for a pre-existing condition; but it will not pay to diagnose a new condition.

That seems kind of backwards, doesn't it? Fortunately, I don't have a lot of medical issues, so it's not a big problem for me. But the doctor did prescribe one drug. I'm going to pick it up at the pharmacy later today. I'm holding my breath, wondering how much it's going to empty my pocket.

I really think they need to change the index upon which they base inflation. I know that much of my important bills have increased and none of my income has.

As a fellow baby boomer I also feel your pain.

And, then came my opportunity to apply for Social Security earlier this year. I came to understand, again quickly, the process. Although I have paid into Medicare and Social Security benefits during the years of my gainful employment I will continue to pay for Medicare Part B, which is important to me for my health maintenance. If I wanted to engage in some maddening record keeping I would keep track of what I spend and what I cost Medicare on the Part A and Part B claims.

Yet to be determined is whether I will be taxed on my Social Security earnings, all supposedly connected to my receiving a federal pension, and where it may land me on the income scale. Until IRS tax time I wait in suspense there.

Thanks for the warning Tom. I will be on the lookout for increases in Medicare Part B health insurance, my federal group health insurance premium and lastly, although not in the least, the increase of 0.3% in my Social Security benefits.

My 32 and 35 year old "children" are saving as if they will get no return on their SS contribution except keeping their parents out of the poverty house.
After reading the background of last year's increase in Medicare, we are planning for a $20 cut in my husband's SS check. We are also prepared to pay more for my federal health insurance.

Don't worry, both parties are on it. Seems to be a main topic of debate...not!

Hi Tom! I feel your pain too...but I just found out from our health insurance (we are pre-medicare) will be going up $230 a month!!!! As you know we've rightsized our life and are completely debt free--except for health insurance of course with a super high deductible we are will now be paying nearly $15,000 next year for coverage. Now that's PAIN! We are just hoping and praying that medicare is still there in the 2 years until Thom (my husband) qualifies and the 4 years until I qualify. How are people paying for this--let alone saving for retirement? It boggles my mind. May we all stay as healthy as possible! ~Kathy

I have Humana Medicare Advantage PPO, and it paid 100% for my colonoscopy, mammogram, bone density test as well as 100% for my visits with my internist. Not bad for $39 premium per month.

A warning when driving through New Jersey after Nov. 1 - gas prices rising 23 cents/gallon, the new funds for infrastructure spending. A good thing for roads, bad for the pocketbook. Fill up before driving through the state!

Denise, Actually I did get an increase in my Medicare premium b/c I don't have it deducted from SS (which I haven't signed up for yet). People on Medicare, but not on SS, were not held harmless on an increase ... one of the many complications they don't tell you about. Gigi, I agree with you -- you have a fantastic plan. And Meryl ... yep, there goes the NJ gas savings. Now you won't be any different from NY or CT.

P. S. Oh, but the good news is that my prescription under the Medicare advantage plan only cost me $6.58. I can live with that.

Coloring Outside the Lines said...

All on the horizon for us (retirement) ..and I haven't a clue, but better get my game on or we will be in major money woes. I don't know how in the world we will be able to pay for health insurance without company match...even that is ridiculous. I am not looking forward to that part of the "good life" at all.

glad I found this website as I am new in the retirement phase and need to learn from all your comments !!!

That is a teeny tiny increase in social security checks. My husband and I are concerned for the future of social security for our kids when they retire. If small increases help keep the program solvent, that is one good side effect.

Medicare would be better funded if they stopped capping contributions.

Any SS increases for several years have been cancelled out by increased Medicare charges, so have had to reconcile to that. Medicare cutbacks are nothing new. As a health care provider we've been observing that in various areas for years. Most people don't pay attention until it impacts them. Likely will not cease in the future given the situation. The way it happened one time in rehab years ago was reportedly attributed initially to a clerical error when a comma was left out of a bill passed by Congress. Subsequent corrective bills never made it to the floor for a vote despite repeated efforts with congressional support from some.


in a bill that got passed.

Oh Tom your are so right. That $4.00 increase I am getting is really going to help me pay for my $400 insulin.