I'm usually a pretty upbeat guy, looking at the bright side, enjoying life, approaching the world from the humorous side. Why then, suddenly, was my last post a morose reflection occasioned by the song "Oh My Darling, Clementine"?

At about the same time as I was writing that post, a few days ago, and unbeknownst to me, a good friend of mine suffered a massive heart atttack. He died almost instantaneously. He was just 65 years old.

I didn't find out about it until two days later. So was I having some kind of premonition that something like this might happen?

I know many people our age have lost spouses, friends, even children. It's a shock to the system and, honestly, I just don't know how to respond. We all know we're going to die. But when it happens to someone, to someone we know and love, we are literally at a loss.

My friend knew he lived an uncertain life. Both his parents died when they were in their 60s. When he was younger he was heavy, and he smoked. He had a heart attack when he was in his 40s. He used to joke that he'd suffered his attack about a year after he'd given up smoking . . . as though perhaps that was the reason.

He lost weight, took better care of himself, never had another heart episode. But he signed up for Social Security as soon as he was eligible. There's no reason for me to wait, he commented archly. That would make a bad bet. 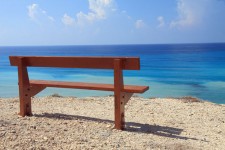 Yes, he had a dark sense of humor. B used to call him Eeyore, because he had a rather jaundiced view of life. We'd worked for the same company for a number of years, and he worried about getting laid off for . . . well, for most of the time he was employed there. Then he finally did get laid off. But by then he had built up a pretty good retirement account for himself, and his wife had gone back to work, so financially he was pretty well off.

We'd worked together on occasion. We played golf together and we played poker together. And he used to throw great July 4th parties. He had a pool in his backyard, and we'd go swimming and hang around the deck, and then he and another friend would set off fireworks. He never burned down his house . . . although he did worry about it in his own way.

He liked to read books. He listened to 60s and 70s music. He watched the BBC and liked British humor. He had a collection of canes.

He sold his house only about a month ago and moved with his wife to a retirement condo on the water, near where he grew up around Boston. But it was also two states away from where they'd been living for the past 35 years, and two states away from their two grown daughters. His younger daughter is working and has a boyfriend. His older daughter is also working, and is married and just recently announced that she's expecting a baby. It's sad to think he will never see his grandchild -- just missed it by a few months.

I don't know what his widow will do. Stay where she is? Go back home? She probably doesn't know herself. She's in shock, even more than the rest of us. And so for now, at a loss for words, all I can say is:  Goodbye Joe.


It is a good thing that Eeyore took SSN as soon as he was eligible.
Another not bad thing he died almost instantaneously.
A close friend once said I analyze everything.
One of the reason Eeyore had a massive heart attack could be they just sold their home and moved a month ago.
We(the hubs and I) sold our big home 12 years ago. It was extremely stressful. I am very happy that we are not divorced.

Sorry for your loss.
You are right that we all know but are never prepared for that shock.
Like the other person suggested it may have been the move.
Many of us these days try to staybaway from retirement places untill we are really unable to manage.
Stay well.
Moving is hard.
Loosing a friend if harder.
Premonition I hope not.

I'm very sorry you have lost your friend. I really don't know even now after losing some friends and family quite how to process it. Grief and that vacancy they left; as though if we looked in the right place they would be found.

I am so sorry for your loss of your friend. Losing friends is the hardest I think. They are usually our age and we have shared so much over the years.

I lost a very good friend about 20 years ago. She was only 42 when she died. Now her daughter is dying of the very same disease at the exact same age. Sometimes our genes really suck.

I am sorry for your loss and the shock that brings.

Thanks for your support. I know from recent first-hand experience that moving is hard and stressful. I don't know if that played a part with him. But we should all be good to ourselves, take care of ourselves, and let the difficulties roll off our backs. Easier said than done, but esp. at our age we all need to keep proper perspective, and treat ourselves right.

It's hard to believe that this kind of stuff really happens to us. I am still baffled.

Please accept my condolences for the loss of your good friend. It's a wake-up call for all of us.

I'm sorry for your loss. It must be difficult for you and his family. I feel like 65 is still young. I guess things like this serve to remind us all to not take one single day for granted.

So sorry for your loss. Hope his wife can find comfort.

So sorry to hear about the loss of your friend Tom. Life throws curve balls sometimes, and we don't always see them coming. Living now, not waiting for tomorrow...good advice, one you are retired.

Losing a friend is tough, almost as hard to take as losing family members. You can take some comfort in knowing you have been a good friend. My heart goes out to his wife, who has not only lost her partner, but now must adjust to a new living situation.

Oh, Tom, I am so terribly sorry for your loss.

Hi Tom! Sorry to hear about your friend. I doubt hearing news like that ever gets easier. I know we all want to try to make sense of it, but sometimes there is no easy or direct answer. What always comes up for me is to remember to appreciate the good in my life TODAY and to cherish those I love. Take care.... ~Kathy

I am always saddened to hear of someone dying without even having the chance to say goodbye, but it seems Joe had been doing a bit of it for many years. My father had a massive heart attack but lived for three days afterwards, long enough for all of us to get to the hospital to say goodbye. He was only 62.

Tom - I agree with all of the condolences being sent your way. On this past Friday I learned that the man who was best man at our wedding passed away at age 68, my age. He was superintendent of schools and had been retired for a few years. His daughter is a doctor and he did get to enjoy his grandchildren, but it is still a shock that I am also processing. It just makes you appreciate your ability to have a sound mind and body and kind of jolts you into making each day count. My ex-MIL just turned 101 on June 14 and she still lives alone in a big house and does her own bill paying, cooking, cleaning etc. The day of our wedding if you had told me that Dick would pass away before my MIL I doubt anyone there would have believed it.

Sorry for the loss of your friend. Their numbers do have a way of dwindling as we get older.

So sorry for the loss of your friend..Sometimes, friends are closer than family, I know this to be true in my life, my husband and daughter are close, but I have friends I have known since kindergarten and first grade..I kept in contact with them thru very turbulent times in my life losing my mom when I was young and placed in foster care..They have been constants in my life..My hubs of nearly 44 years and our only who is nearing 40 we are close, she has had the same friends since kindergarten too in our town and she sees them when she gets back to our neck of the woods, I can still remember them in her first grade class and the classes from then on..My only lost a friend she was especially close to in her early 20's and it was devastating, death knows no gender or sex or anyone, it can happen to anyone, she took it extremely hard and still she misses this sweet angel, I think those who leave us young are angels only on this terrestrial to love us and teach us many lessons..Sorry for the loss of your friend, I doubt the move did anything untoward to your friend, it was his time to soar but it does seem cruel to his wife and family, and to you!!!!!!!! Just remember you had his friendship and love and attention and the time to enjoy it..will chant for peace for his wife and family and for you to enjoy your time with your wife..peace out to you!!!!!!!!!!!!!!!!!!!

I understand what you are going through right now. This has been a yer of loss for me too. It's so important to prepare but also important to live life while we are here.

I am so very sorry to read about the loss of your friend. Sounds like he enjoyed his life and was a happy person. We really need to take note of the cliches "Seize the day", "Stop and smell the flowers" etc. We just never know which day will be our last. Thoughts and prayers for his widow and those of you who loved him.

Howdy, I’m Luz. I’m a software engineer living in Glasgow, United Kingdom. I am a fan of writing, web development. I’m also interested in Technology. You can hire me with a click on the button below.
office.com/setup, office.com/setup