Which New Taxes Would You Vote For?

Hillary Clinton last week proposed raising the capital gains tax on long-term investments, and this got me thinking about taxes in general and income taxes in particular. Now I don't make myself out as a tax expert -- why, I've only read 30 - 40 pages of the tax code which by some measures is 70,000 pages long, by others "only" 2,600 pages long -- but I do have some background in business and economics. Don't take my views on taxes as any definitive analysis, just one retiree's semi-informed opinion.

Clinton suggested applying a sliding scale to investment profits, based on how long people have held the assets. Currently, capital gains are taxed at personal income tax rates if the assets are held less than a year. Assets held more than a year are taxed at a preferential capital gains rate. The idea is to reward true investing, but discourage short-term trading. 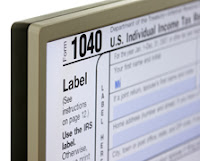 Also, as many retirees are well aware, dividends are taxed at a preferential rate, although income from bonds is not. Clinton's plan would increase the maximum rate on capital gains made on assets held between one and three years, currently 20 percent, to at least 28 percent.

What would be the effect of this increase? Clinton did not say how much revenue would be raised; she said she'd offer more details at a later time. But clearly, it would increase taxes for people who own stocks and mutual funds. Wealthy people. Retired people. People saving for college or any other reason.

It would not affect real estate, nor would it affect tax-advantaged retirement accounts. But in any case, it seems like the Clinton proposal is a trial balloon that is going nowhere fast. Even the liberal Huffington Post cast a dim eye on the plan, quoting Bob McIntyre, director of the progressive Citizens for Tax Justice, who said most wealthy investors avoid capital gains taxes by finding ways to defer asset sales but small investors in mutual funds would be penalized by Clinton's plan.

Also, nobody is talking about raising the tax on co-called "carried interest." This is a fairly obscure, but very profitable tax dodge that allows partners in private equity firms to count a significant portion of their income as capital gains or qualified dividends rather than regular income. So instead of paying the top rate of 39.6 percent, plus the 3.8 percent Medicare surcharge on income over $200,000 (and you can bet these hedge fund managers make more than $200,000), they only pay the capital gains rate of 20 percent.

Why is nobody -- not Democrat or Republican -- talking about abandoning carried interest? I do not know. But do you think, just possibly, that campaign contributions might have something to do with it?

And while we're on the subject -- a subject near and dear to every retiree's heart -- why is there so little talk about "saving" Social Security by getting rid of the salary cap on the payroll tax? Everyone who works pays 6.2 percent Social Security tax, plus 1.45 percent Medicare tax, on the first $118,000 of earned income. Employers pay the same amount for each employee, again up to the limit of $118,000 per year. After that, people don't pay any more Social Security tax. How fair is that? The more money a person makes, after $118,000 per year, the lower their tax rate.

Finally, I saw that Bernie Sanders also has a tax proposal. I'm no fan of Bernie Sanders -- he wants to take money away not just from rich people but from middle-class people like me, and give it to other people he likes better; plus, he's against gun control, and I'm in favor of gun control -- but this particular tax plan, which he calls a Robin Hood tax, may have some merit. He wants to place a 50 cents tax on every $100 of stock trades, plus lesser amounts on bonds and other financial instruments.

The question I have is, does he mean 50 cents for every $100, which basically is an additional half percent tax on all our investments? That seems a bit steep to me, adding to the punishment that savers already suffer. Or does he mean a 50 cents tax on every trade worth over $100? That seems more reasonable: He wants to skim a little off the top from major investors and give it to a worthy cause.

He says the tax could slow down automated high-frequency trading, which might be a good thing. And he wants to use the money to give everyone a free college education. He doesn't say whether his Robin Hood tax would actually raise enough money to support college education for everyone; but that's a whole other issue ... how much college really costs and what the effects of free tuition would be.

Email ThisBlogThis!Share to TwitterShare to FacebookShare to Pinterest
Labels: Boomernomics

I don't know that we need any new taxes. I wish they'd close the loopholes that allow rich people and corporations to pay too little.

I am going to agree with Stephen Hayes.

If we had two levele of flat tax and none of all this manipulation we might stand a chance.

Stephen's idea gets my vote too! I also think we need to get rid of the Social Security cap. There is so much unfairness built into our tax laws.

I agree with Janis.

Well, let's see....under Obama, the government has collected more revenue in higher taxes than any other administration on record. And still Washington DC can't pay their bills and still threaten us with cuts in benefits (Social Security, Medicare etc.) Just yesterday they announced that in 2016 Soc Security Disability payments will be cut by 19% or they will go broke. How'd you like to be really disabled and hear that announcement? They didn't mention, however, all those people who lost their jobs, couldn't get new ones, so they went out on disability, thus crushing the fragile system anyway. Instead of raising even more revenue in taxes, how about figuring out a way to make more jobs available?
Now, you're asking if Hillary Clinton suggestion of raising our taxes even more will help out? She's boringly touting she is going to tax the rich, yet once again a'la Obamastyle to solve our problems?
Sure, I'll vote for Hillary.
In a dogs eye.
I don't care who wins the Republican nomination. If they have a pulse, I'm voting for whomever gets the nod. I'll never vote Democrat again. And if it really is 'The Donald' who get the nomination, better yet!
No more taxes. Give us jobs!!!!

You got my attention (and approval) with this: " A more sensible approach might be to tax investments on a sliding scale based not on how long they are held, but on how much income a person makes."
How long they're held? I can't see the sense in that...

Good point, Anon., they'd have to keep the benefit cap. One problem, Stephen and others, is that one person's legitimate and well-earned tax exemption is another person's rich people's loophole. The tax exemption for mortgage payments, for example, or for local real-estate taxes. Or for charitable deductions. But one thing I think we can all agree on: the "carried interest" scheme is definitely a rich person's loophole!

Agreed, Tom. That loophole should be closed. A progressive-rate tax system such as we have makes sense in a democracy, but a whole lot of complexity has been introduced into ours over the years. We don't need a magic formula to fix things, just a truly objective look at each item in the system and a phase out of those that are not fair to all.

Hi Tom! Thanks for your perspectives on taxes. I think the more perspectives we can get the better because there is so many different ways to look at it and things to consider. And even as a person who benefits by the cap on SS# I still believe that it should be more equitable. In other words, anyone making any amount should be taxed equally no matter how much we make. As far as all the other ideas...let's wait and see. Who knows who will ever get the chance to implement them. ~Kathy

My bil gets ssdi and still works, he is 60 years old and has worked harder and longer than most of his siblings, save 4 and their were about let's see 9 of them..If they take away his ssdi I don't know what will happen the place he works for pays him in conjunction with his ssdi payments..The rish get richer and the poor certainly lose a lot of anything, our country is far from fair but really it was unnecessary to bash our President Obama, he is doing what he can with what he has..I have seen or heard such crap about a president in my short life of 67 years, I think the rich are just so upset it is a biracial human being who had a dad that was not there for him and black at that married to a lovely lovely woman, both highly educated and lovely children you will never hear anything untoward ever about them..I pray social security doesn't go the way of crap because we live with it and need it and worked like hell for it..why is it the rich get a lot of attention when a normal person who comes from the background of President Obama gets bashed each and everyday, he is not ordinary by any means and is doing a great job..