Do You Know What a Gerund Is?

As I've mentioned before, I volunteer two afternoons a week as a writing tutor at our local community college. I deal mostly with young adults who are taking either the remedial writing class, or else the basic freshman English course.

In other words, these young people have a lot of difficulty stringing together more than a few sentences. Most of them are underprivileged kids who went to a substandard high school, and many of them took time off after high school before entering college. A lot of them are also holding down part-time jobs, and some of them even have children, so they don't have a lot of time to spend laboring over their essays, revising them and polishing them up. 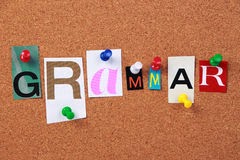 I see a lot of essays with sentences that don't have a clear subject and verb, and a lot of them begin, "Being that ..."

So now I tell my students, Do not start a sentence with a word ending in "ing" unless you know what a gerund is. It's just not that easy to use a gerund as the subject of a sentence.

For the record, the word gerund comes from the Latin gerundium, the noun form of the verb gero, meaning, that which is to be carried out. In other words, a gerund is a verb that ends in "ing"and functions as a noun. As in:  Swimming is good exercise; or, Visiting friends can be fun.

But in the course of developing my rule-of-thumb, I did a little research and found that others have said it much better than I can. So, being as how I found these quotes, let me offer a few:

"Feeling gratitude and not expressing it is like wrapping a present and not giving it."  -- William Arthurd Ward

"I never believe nor disbelieve. If you will excuse my speaking frankly, I mean to observe you closely, and to decide for myself."             -- Wilkie Collins

"They cut down elms to build asylums for people driven mad by the cutting down of elms." -- George Barker

"Shooting pinballs is not an art form." -- Bart Simpson

"Humor is laughing at what you haven't got when you ought to have it."  -- Langston Hughes

"All talk of winning the people by appealing to their intelligence, of conquering them by impeccable syllogism, is so much moonshine."       -- H. L. Mencken

"There are times when parenthood seems nothing but feeding the mouth that bites you." -- Peter De Vries

"This is the true joy in life, the being used for a purpose recognized by yourself as a mighty one; the being thoroughly worn out before you are thrown on the scrap heap; the being a force of nature instead of a feverish, selfish little clod of ailments and grievances complaining that the world will not devote itself to making you happy."                              -- George Bernard Shaw

Email ThisBlogThis!Share to TwitterShare to FacebookShare to Pinterest
Labels: Volunteering

At some point I am sure my creative writing teachers taught me what a gerund is. But, until your explanation I would have failed a quiz. Learning is so much fun.

Learning something new every day is good for the brain. Lol.

I'm right there with Bob. I knew once upon a time, but I had forgotten. Thanks for the grammar refresher. :-)

I do remember what a gerund is, but when it comes to grammar I don't remember much else. I always find it interesting that when I write something and give it to several editors, they always circle different items.

i did remember that. Whew!

I remembered the word but not its meaning. I do remember diagramming sentences. Never was very good at it...

In about 2003, my boss marked up the grammar in a technical report that I had written during her review for approval. I pointed out to her that she had changed the grammar from being right to being wrong. She amazed me when she said that she must have slept through any lesson(s) on gerunds in school. She didn't know the word.

I should have asked my kids if they had learned about gerunds since they are of the same generation as that reviewer.
Cop Car

Missed inserting a comma: "...in a technical report that I had written, during her review...."

Nouns, subjects, predicates, adverbs, adjectives, I know. Gerunds I never knew. Heard of them, had them explained to me, but never really absorbed the knowledge.

Gerundia, I like. I put them out in pots in the spring and they flower all summer. Nice bright colors! ;-P

PS split infinitives don't exist in English, only the Romance languages and Latin, where you can't split them anyway. And what about ending on a preposition? What's your position on that?

My position on ending on a preposition? I'm with the person who said: If you don't end a sentence with a preposition, what are you going to end it with?

The problem with the rules of English is that there are always exceptions. I think of them as guidelines and just want my words to sound right to me, and so I start sentences with "but" and end a few with prepositions. So what?

Always liked Sir Winston's response to an underling who told him not to end a sentence with a preposition: "This is the sort of errant pedantry up with which I will not put."

Great post. My writing is so rusty I would love a refresher course. I have also thought seriously about learning Latin just to keep my mind active in retirement. This has got me thinking - always a good thing.

Thanks for the new vocabulary. I am truly grateful that I can still learn and I'm very amused by your quotations,

I have noticed that many foreigners learning English have found a way to use the ing form when they don't know the conjugation of the verb. So instead of saying "I went ..." they say "I was going...".