These are exciting times. Tomorrow is St. Patrick's Day. Tonight there's a full moon. It's Purim. And today I bring you the latest edition of the Best of Boomer Blogs.

Contrary to myth, a full moon does not bring out the werewolves, nor does it result in any more lunacy than any other time of year. The studies I found show that there are no additional emergency room visits on nights of the full moon, and there is no connection of any significance between the moon and the female menstrual cycle.

But one study from Colorado State University found approximately 25% more visits to veterinary clinics for both cats and dogs on days surrounding full moons. Why? Nobody knows. It could be that people tend to take pets out more during the full moon, raising the odds of an injury. But then you would expect more visits to the emergency room from people as well, wouldn't you? So I can only conclude: Despite all our scientific progress, we are still surrounded by the mysteries of the universe. 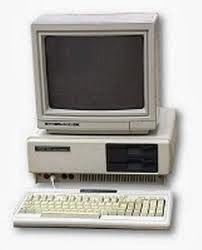 Speaking of scientific progress, Laura Lee, aka the Midlife Crisis Queen, says that this week we said Happy Birthday to the World Wide Web. Laura Lee was an academic librarian back then, so she remembers, and not too fondly, those stupid "gophers" and TCP/IP applications we had to learn about!


Bart Drolenga of The Highway Is My Home is going another way this week. He spoke with Allen Egan, an artist born in Zimbabwe in 1962 who moved to South Africa and now lives in Gatineau, Quebec. His paintings are beautiful, intriguing and a little sinister. (Like the full moon?) His colorful life-size canvasses depict realistic scenes often with a touch of the surreal.

And you might want to read about what Egan says it was like to live in Zimbabwe, and how he feels about getting older and what he has learned in life so far.

Turning from the moon to that other celestial orb, Karen at The Generation Above Me says, "Now that spring is on its way, it's time to store up on Vitamin D by getting 10 to 15 minutes of sun a day." She reminds us that older people are at greater risk for osteomalacia and osteopenia, and she explores the health benefits of getting a little sun in her post Sunshine and Vitamin D. If you have any worries about your bones, you should check out Karen's research.

On another health note, Rita R. Robison of The Survive and Thrive Boomer Guide writes about a study that shows more than 20 percent of older adults are being treated with drugs that work at odds with each other – the medication used for one condition can make the other condition worse. Boomer consumers, she advises, need to talk with their health care providers about possible drug interactions when they’re prescribed a new medication.

As for me, my Irish roots go back through my mother's family to two brothers, Tom and Patrick Kiernan, who left their potato farm near Mullingar, in County Westmeath, around 1850, and eventually made their way to New York. But right now I've got my mind not on my health, or my ancestry, but on monetary matters.

I'm one of the few throwbacks who actually does his own taxes. Why do I put myself through that crucible? Well, I'm not very good at any other do-it-yourself projects. I can't replace a light switch or fix a leaky toilet. But I am able to wade through the tax forms and the IRS website. So I figure I can at least do something to save a few non-tax-deductible dollars. 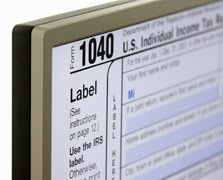 I also believe that, in a democracy, a tax code ought to be accessible to ordinary citizens. In our country it's really not. The tax code, at about 8 gazillion pages, is written mostly for the benefit of corporations, wealthy individuals and special interests. It favors investors over workers, the wealthy over the middle class, rural residents over urban and suburban dwellers.

So anyway, I've been busy with my calculator. Besides, I've already said what I need to say about our tax code, so I'll just refer you to Ten Lessons You Learn By Doing Your Own Taxes.

Gee, I wonder if anybody has done a study about the association between lunacy, werewolves and the appearance of April 15 looming on the horizon.

Nice job on the Best of Boomer Blogs this week. You are such a great thinker and writer for older adults.

That would make an interesting study.

You are so funny! I just went to a great movie (documentary) called "Particle Fever" about the European Hadron Collider and its discovery of the Higgs boson particle. You would love it, knowing you (as of course I think I do since i know you through this blog). :-)

Nice! Doing your own taxes is most admirable in my book. I only did mine once, before I was married, and when my then fiance pointed out that I had paid way too much, he had my heart and my taxes to protect from that day on. He still does our taxes.

I have used TurboTax to do my own taxes for many years. It generally takes half a day at most, esp. as now the 1099 info can be downloaded from almost all the major investment firms' websites. The biggest hassles with the returns is figuring how to do the foreign tax deductions.

Yesterday I used the program to walk my 19 y/o daughter through her first 1040. She had a part time job after school and didn't do the W4 properly, so had some tax withheld that will be refunded. Her return was dead simple of course. She was also able to download the W2 info from the employer directly into Turbotax.

Hey Tom:
Nice job on the BBB!
And I agree with you completely about doing your own taxes. Luckily ours are as simple as standard deductions. See, there are some advantages to making no money!

My wife, a former tax preparer, has used taxact.com since retiring from the biz. It is free for federal taxes (regardless of the complexity) and cheap for state income taxes. This is not an ad... it just works for us.

Great post. I won't have time to visit those other blogs. Made brisket with potatoes, carrots and cabbage today. Erin go braugh! Dianne