Best of Boomers, at Home

I remember when my ex-wife and I used to go to Florida to visit her mother for Christmas. This was before we had kids. My wife's twin brother, who was not married at the time, would meet us there. We'd all stay in the mother's apartment for three or four days, make breakfast and dinner together, go to the beach and the mall. It was a chance for my wife and her brother and their mother to reconnect as a family.

For me, it was a chance to see my wife interact in this environment that was familiar to her, but new to me. And I witnessed a remarkable transformation in her, as she reverted to her role as a kid in that family. She became a different person while we were there -- bickering with her brother, being smothered by her mother, but also enjoying this interlude when she was essentially going back in time.

This edition of the Best of Boomer Blogs takes on the topic of some of the things we want out of life. It addresses the issue of where we are going to live as we retire, and the mortgage we may take out to finance our dream retirement home. It asks the question of where we're going to live when we get older and more infirm and how we're going to accomplish that. And it explores the phenomenon of how, over time, the relationship with our families changes as our role in the family dynamic evolves. 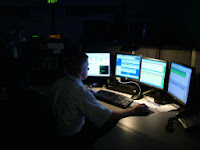 So . . . this week on Modern Senior, Amy takes a look at a new trend in aging in place. By some estimates, nearly 90% of all 911 calls are non-emergencies. Many of those calls come from seniors who are isolated and use 911 to get help when they have a minor health problem. These unnecessary calls tie up resources and drive up the cost of health care. But now some communities have started paramedicine programs that help seniors age in place, without burdening emergency services. Click on What is Paramedicine? to learn more.

Laura Lee Carter, the Midlife Crisis Queen, in Do I Have the Courage to Live My Dream? says that living the dream in midlife can be quite challenging, even when you know what you want . . . and for her that involves a move to a smaller town in a different, more rural part of the state. 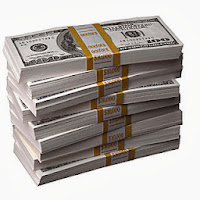 In The Survive and Thrive Boomer Guide, Rita R. Robison, consumer journalist, reports on how the Countrywide division of Bank of America was found guilty of defrauding the government by running a mortgage scam in 2007 - 2009 called the "Hustle." Now in Good News for Consumers she writes about two new sets of government rules: one to stop banks from placing bets that could threaten the financial system, the other to make the mortgage business more transparent by, for example, producing forms that are easier to read and making it easier for borrowers to get help.

Then, with the holiday season in full swing, Karen at The Generation Above Me considers how we adopt particular roles during extended family gatherings. In her post Ossified Roles, Shifting Roles she explains the role she played as a child, and the much different role she represents now that she's an adult.

And finally, as we think about the roles we've played over the years, how can that not bring up the role that nostalgia plays in our lives as we get older? Well, it can't, at least not according to our latest recruit to the BBB, a man named Martin Rice, who produces a site called Fifty 2 Ninety -- which, I guess, tries to encapsulate the same idea as Sightings Over Sixty -- that these are some of the best years of our lives, and we are here to record them, share them and celebrate them.

In his post Old Age, Nostalgia and Me Rice offers his evolving take on the subject, bringing us along on a little trip down memory lane, back to the days when he first got married, drove an old Mercedes ... and looked a little bit like a young Sean Connery. Don't you think?

I know that feeling of becoming an earlier version of yourself. Both of my parents are gone now, but "home" was always where they were, and when we gathered as a family we knew our place in the hierarchy. I miss that. You reminded me that now I am one of those elders I once saw occasionally at family gatherings. Sigh. Thanks for the resource list, Tom. :-)

My mother refers to me and my wife as the children. Sometimes this bothers me but then I realize when she's gone no one will ever again think of me as a child.

When our parents were living and we were much younger, I used to be amazed at the transformation in Hunky Husband between the time that we spent with his family and the time we spent with mine. When with his family, HH expected me to wait on him hand-and-foot as his mother and sisters had done all his life. When with my family, he pitched in to do his share of the chores. Amazing! Of course, I was the same wherever we were - lol!
Cop Car

My husband used to get upset with how gentle and low-key I would get with my parents, with whom I had had both loving times and very rough times growing up. I used to seethe silently at his family's gatherings when his brother would make fun of me because of my weight problem or because I didn't have kids (because my husband had a vasectomy during his first marriage) or because I was a journalist (he would say I wrote garbage). I couldn't understand why my husband, who was so outspoken otherwise, became so quiet and passive around his family. But we were quick to slip into old roles that just didn't fit our images of each other and that caused many angry, tearful rides home on holidays. Those times are long past now, of course. It's fascinating how old family roles, and family of origin dances, can cause both joy and anger during holiday celebrations.

Nice job on the Best of Boomer Blogs this week. You always do a terrific job.

Interesting links, but I fear they are best for those not yet over the hill…like my kids who are boomers. Dianne