Like many of you, I sign up for Google Adsense to try to make a little money off my blog. And I stress the word little.

I have no control over what Google's computers decide to put on my site. Some of the ads seem appropriate. But not all of them. And so I want everyone to know that just because an ad appears over there to the right, or down below this post, does not mean that I endorse the product or service in any way.

What got me concerned was an ad I saw asking in big bold letters: Defund Obamacare? Another, featuring a photo, prompted: Back Cruz?

But what really worries me is that the Adsense computers have decided my blog is somehow appealing to right wingers. That gives me shivers.

Not that I have anything against conservatives. I know a number of conservatives. Some of them fit the stereotype of judgmental, uncaring, self-centered misanthropes. Others, particularly (I've found) those who are religious, can be very caring of their fellow man, raising money for charity and even more impressively, putting their time and effort on the line to help people less fortunate than they are.

Conversely, I have a few friends who are, to borrow a phrase, Liberals In Name Only -- people who talk the liberal talk, but live in segregated neighborhoods, use every dodge to avoid paying taxes, and look down their noses at people less fortunate than they are. And I also know liberals who help build houses for the needy, who volunteer at the prison, who make every effort to recycle and lower their carbon footprint. 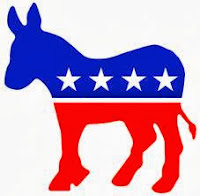 I don't mean to offend anyone. I guess I'm only saying the obvious: Some people talk the talk. Others walk the walk. And nobody has a monopoly on virtue. The only people who really bother me are those who hate people who don't agree with them. The liberals who rush to call people racists; those conservatives who jump on anyone who reveals the slightest bit of social responsibility.

As I pointed out this summer in How You Know Vacation Is Over, I don't agree that our country has become split in two, into Red groups and Blue groups. Maybe Washington has gone that way; maybe the media have gone that way. But most of the people I know in real life are reasonable individuals who see that many of our social and economic issues are not black and white, but range through shades of gray. And even if they do disagree, they can do it in a civilized manner.

Besides, I regard the current labels of Liberal and Conservative, as well as Democrat or Republican, as basically outmoded terms. Take any one of our social issues, from abortion to gay rights, and I think they fall as much into the personal moral realm as the political realm. Meanwhile, I don't understand how conservatives can be against conservation. I mean ... it's right there in the name: conserve! And unions are supposed to be liberal, but it seems most of the time they are defending the status quo, which is a conservative thing, isn't it?.

In addition, many political  pundits make simplistic assumptions -- for example, that all poor people deserve what they get because they're lazy and irresponsible, or that all poor people are helpless victims of a predatory capitalistic system. But just because they say it, doesn't make it true. There are multiple causes of poverty, and of practically everything else.

Anyway, I have expressed a few opinions on my blog, but only a few -- in support of protecting the environment and putting reasonable regulations on guns, for example, and to the annoyance of some, I've argued in favor of obeying traffic laws. But for the most part, these issues are not particular to Baby Boomers or retirees, so why should I talk about them here?

There are plenty of other sites to go to if you want a political opinion -- for, as they say, opinions are like you-know-whats, everybody has one. All I'm really saying is that I don't think complicated issues can be reduced to a bumper sticker slogan. And I do not believe in the old canard -- if you're not for me, you're against me.

All by way of saying, the ads that appear here are beyond my control. I also saw one appealing to: Male Gamers Only! I don't know where that came from. Male video game players? Not exactly my demographic. So maybe those computers aren't so smart, after all. (And if anyone has suggestions on how to improve the ads on my site, I'd love to hear them.)

But regardless, I do not support any political ads that might appear on this blog, especially if they're suggesting that I favor any right-wing cause ... or left-wing cause, either. I'll speak for myself, thank you very much.

Very well said, Tom. I don't have Adsense on my blog, and now I know that I never will. Your posts are always thoughtful and interesting, and I enjoy your manner of writing. I will take any ads that appear on your site as not being under your control. :-)

I dropped Adsense almost immediately after I first allowed it. Because, as you point out, the blogger has no control over the ads.

I mostly have a filter that blocks out any Adsense items on blogs, so I have not noticed what seems inappropriate. Not what Adsense is wanting to hear, i am sure.

Hi Tom. You actually have a lot of control over what ads appear on your site. In your Blogger dashboard click, Earnings – then Google AdSense View Dashboard - then Allow and Block Ads tab. You then can block or allow specific Advertiser by their URLs, or by general categories as example real estate, and sensitive categories such as politics. You can block particular ad networks that you do not like such as Fox, and the tab for Ad Servings can be used to block Interest-based ad, Third party ads, Social ads, which I believe will restrict keyword searches, so I leave that one alone.
The thing to remember is that the ads may not bring in big dollars for most people, but they make this platform available to all people for free.
I enjoy your blog.

I decided long ago that there would be no ads on my blog no matter how much I needed cash.

I was recently contacted by an agency(?) offering me good money to place their ads on my site, but when I asked to see similar sites where they'd already placed ads they gave me a song and dance as to why they couldn't do that. They expected me to sign up for a year without even knowing what they were going to post. I said thanks but no thanks.

I agree about the 'racist' comment which is stupid. However, Liberals don't have a lock on compassion either. Conservatives worry about the bottom line, someone has too. Too often both sides want change over night and that will not happen either.

Right now, my hero is Joe Manchin, (D-WV) who has more sense then many in his party, or my own Senator Warner (D-VA). I like Paul Ryan and Chuck Schumer too. And I still love John McCain. Dianne

PS I pay to keep ads off my blog so as to not irritate others.

I dropped AD-sense as it was truly a diversion, and no money ever came my way.

I don’t like the idea of advertising for anyone, whether I agree with the content or not.

There is something about US politics which puzzles me: you have democratically elected governments, presumably voted in by a majority.

Yet when these governments try to govern for their allotted time span, the losing side doesn’t let them.

I applaud those who don't take advertising, and appreciate your understanding that I do. I just figure it's not a bad thing to earn a few bucks out of all this effort; plus, somehow it makes the whole thing seem slightly less of an exercise in vanity. I know we all blog to express ourselves; but it's nice to see a response as well. I was actually hoping for some tips from other bloggers who get site-appropriate ads from elsewhere -- where and how they do it (I've tried amazon, to no effect) -- but meantime I esp. appreciate your advice, Jim, and will go and try to tweak Adsense to make it a little more relevant. Thanks to all!

I too dropped adsense, not enough traffic to make a difference.

I meant to say:

Your position is dead center.

I don't use AdSense..never made any money from their ads. Amazon affiliation does pay off, albeit in a small way. I get a $50 payment about every 3 months.

Actually, writing a book and selling it on Amazon has been the best for me so far, resulting in about $800 a year.

You do have control over ads. It's hard to figure out, but you log into your Adsense account and check off boxes of categories of ads you don't like.