I was recently reading parts of my son's old American history textbook (I know, I do weird things). The last chapter pointed out that during the 1960s and 1970s, and even into the 1990s, the average age of Americans kept getting younger and younger.

My, how things have changed! Today, due to decreasing fertility and increasing longevity, our country is getting older. In the ten years from 2008 through 2018 (according to the latest Profile of Older Americans) the 65-and-over population has increased from 38.8 million to 52.4 million people -- a 35% increase.

That's the general trend. Here are some interesting details:

1.  Today, older women outnumber older men in America by about 30 million to 24 million. That's because women live longer than men. At age 65 an American women has an average life expectancy of 20.7 years. An American male just 18.1 years.

2.  In total, some 16% of Americans are 65 and over. But the U. S. has plenty of company. The population is aging on every continent in the world. Europe currently has the oldest population of all, with 18% of its population age 65 and over. 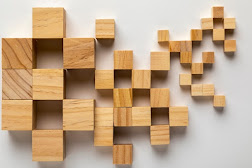 4.  For perspective, the U. S. population as a whole increased 7.4% from 2010 to 2020. Four states have lost population: West Virginia, Illinois, Vermont and Connecticut. All the other states have gained, but some more than others. Because of population shifts, Texas is now slated to gain two congressional seats. North Carolina, Florida, Oregon, Montana and Colorado will each gain one. As an offset California will actually lose one representative. So will New York, Illinois, Ohio, Pennsylvania, Michigan and West Virginia.

6.  Racial and ethnic minority populations have increased their share of the 65-and-over set, from 19% in 2008 to some 23% today. Still, the 65-and-over population is less diverse than the rest of the country. Three quarters of Americans age 65 and over are white, while 9% are African American, 8% Hispanic, 4% Asian. That compares to the general population where 62% are white, 17% Hispanic, 13% African American and 5% Asian.

7.  The retired community is wealthier than the general population, due in large part to Social Security and other benefit programs. Only 9.7% of people 65 and over live below the poverty level, compared to some 15% of all Americans.

9.  Historically speaking, the labor participation rate for older men declined steadily throughout the 20th century, sinking to just 16% by 1985. But since then the rate has gone back up -- now to 23%. For older women the working rate was below 10% for all of the 20th century. Since 2000 the rate has risen to 16%.

Whatever else may be true we know one thing. As time goes on, there will be more and more of us. Today, the U. S. boasts some 55 million people age 65 and over, and counting. By 2040 the figure will rise to 81 million and by 2060 some 95 million Americans will be collecting Social Security, relying on Medicare -- and blogging about their favorite activities, deepest concerns and most pressing issues.

Less than 10% of seniors live below the poverty line; that's amazing. I remember as a kid, seeing news stories all the time of senior citizens living in poverty, living on pet food, etc. (I always wondered how true those pet food stories were.) Anyway, love the stats Tom. It looks like Boomers will soon be taking over--take that, you "okay Boomer" millennials!

I wonder if there is a connection between the low poverty level percentage and the number of seniors that are still working? Do they need to keep working during their ‘golden years’ to stay out of poverty? Are there any statistics on the gender of those living in poverty? I’ll have to check that out since I suspect the poverty rate will be higher for women. I clearly remember the pressure from my boss telling me I needed to quit my job so a man could have the job. Of course it is that pension that now keeps me out of poverty.

Those senior women living in poverty though - from the work I've done on this issue they number 600,000 in Canada, not insignificant. I wonder what that would translate to in your US stats Tom?

Many work here, if able, though often have to quite due to health issues. Many in service industry jobs as they are unqualified for anything else.

If I had to rely on my pension and OAS (social security) I could not survive, I don't know how others do it and when I am healthy I fight for their rights as contributing citizens with the unpaid labour of their child-bearing years.

We have a high percentage of Senior citizens in this province, far more than the norm, with many living hand to mouth. It enrages me.

Mary -- I don't know of any statistics, but from my observations it seems the very-well-off and the very poor are the ones who keep working. Professionals like lawyers, doctors, financial experts have cushy jobs and don't want to give them up, and so they keep working into their 70s. Middle management, blue collar workers and government employees (inclu. teachers) are sick and tired of their jobs, but have good pensions and some savings and decent SS benefits, and are happy to retire. The poor are probably sick and tired of working, too, but they have no pension or savings, and paltry SS, and so they are working at Home Depot or Amazon or your local grocery store. A generalization, of course.

Another very interesting post,Tom. I could see Florida leading but Maine, I had no idea. Thanks for sharing.

Gee, I'm surprised Hawaii didn't have the oldest population. They're saying that 1 in 500 people have died of COVID. So our population could be dropping a bit too.

Dear Kay, from what i heard Hawaii was having a real problem with covid. While i don't exactly trust the news, the 1 out of 500 death rate - if that figure is not inflated - means that a person living in Hawaii has 1/5 of 1% chance of dying from covid.

Tom it makes sense that the professionals would continue to work into their 79’s. I haven’t found statistics yet comparing the percent of men vs women in poverty, but find the research interesting. Thank you for posting this.

Tom, about seniors working...I've got plenty of money but there's something wonderul about continuing to contribute to those business efforts and causes that matter to me. Some of them pay, most don't. I don't care so much about the income but really do care about what they do and how they add to our community. It's great to stay in the fight.

I was not clear in my comment, Sue. 1 in 500 of the U.S. population has died of COVID, not Hawaii. I think the high number is there especially because of the southern states and Texas. We're almost at the Crisis Care stage here in Hawaii like a lot of areas, but our death rate is not like the southern states.

ApacheDug--In the early 1950's I was in high school and worked summers and part-time when school was in session in a small-town supermarket. I clearly recall seeing a senior couple who visited weekly taking pet food off the shelves and little else. People living on pet food was a fact, not conjecture.

Olga, life is risky, but we can't sacrifice livelihoods of the young and healthy majority, because of a few in their dottage.

Kay, i was sort of wondering about that, because throughout last winter that 1 in 500 sounded around the national CDC stats. Still, 1/5 of 1% doesn't sound like much of a need to shut out people from their jobs. But anyway, what does need to be done is: people who are sick, covid or not, need to stay home and away from other people. Unfortunately that's not always possible - some bosses are petty tyrants.

Dick Klade, thanks for sharing that personal memory. Looking at grocery stores from another angle, I just noticed at the market yesterday that every employee in the produce dept was a senior citizen; I don't know why I didn't notice that before.

Kevin, I agree there's something real -- it's not just a saying -- about contributing to a cause that is important to you. It's good to volunteer, but maybe even better to get paid since it's a tangible acknowledgement of your contribution.
Doug, I think most people who work at the grocery store do it because they need the money. But I have one friend who is a checkout clerk at Acme ... not because he needs the money but because he likes to talk to people and be a part of the community. I also know someone who seems reasonably well-off and who works part-time at an amazon warehouse. Why, I don't know.

This was a very interesting post. I somehow am fixated, though, on the obesity numbers. So, 40%+ of American women are considered obese. According to my doctor, I am one of them. But when I purchase clothing, I fit into size Medium, and I am definitely one of the smaller people I see when I'm out and about. Much like the blood pressure numbers, where the powers that be keep shifting to a lower and lower number to be the optimum, I think they keep recalculating the obesity numbers. I realize they do this to keep us on a path to better health, but I find it demoralizing.
Nina

I'm surprised more women are obese. I always thought women took better care of themselves. So much for that theory! interesting statistics.

I'm surprised about the fact that less than 10% of seniors live below the poverty line, but I live in Los Angeles, where it's not only expensive but also ethnically diverse. I guess it all depends on where you live.

Hello everyone on here my name is Fumo Sadiku living in Malindi City Kenyan I want to tell a little more about a good hearted man called Mr Pedro working with funding service as loan officer, Mr Pedro helped me get a loan of 37,115,225.00 Shillings on my trying time trying to get back on my feet to raise my business I know there are some of you here who are in financial difficulties to talk to Mr Pedro pedroloanss@gmail.com I'm so glad for what he did for me and for his Bank accountant as well Accountant Hernandez Lucas Thank you very much for your work well done.