Answers to: Do You Know Your Facts?

I begin each year on this blog with a quiz. (See previous quizzes on side-bar to the right, under "Pages"). If you haven't already seen my last post Do You Know Your Facts? from Jan. 1, then make sure to go take the quiz first, then you'll be ready to see the answers.

So here we go: The answers to the quiz, with some brief explanations.

2. B. The U. S. Dept. of Housing and Urban Development estimates that a little over 500,000 Americans are homeless. About two thirds stay in emergency shelters or temporary housing, about one third are on the streets or in abandoned buildings. The place with the highest rate of homelessness is Washington, DC, followed by Hawaii, New York, California, then Oregon, Washington, Nevada and Massachusetts. The good news: homelessness is down among all groups in the past ten years, especially veterans and families with children.

3. C. The Pew Research Center analyzed income data and for 1980 classified exactly 59% of Americans as middle class, while 26% were lower income and 15% were upper income. Since then the middle class has decreased to 52% of Americans. The lower income group has expanded by 3 points to 29%. The upper income group has increased by 4 points to 19% of the population.

5. B. The wealthy can shield over $11 million from federal estate tax (and over $23 million as a couple). But Social Security beneficiaries start to be taxed when their "combined income" goes above $25,000 per year as a single, and $32,000 as a couple. The Social Security thresholds were set in 1994. If adjusted for inflation, the thresholds today would be about $44,000 for singles and $56,000 for couples.

6. C. 101. Out of 435 members, 101, or 23.2% are women, with 88 Democrats and 13 Republicans. In addition, there are four non-voting women delegates  -- two Democrats and two Republicans -- representing Washington, DC, American Samoa, Puerto Rico and Virgin Islands.

8. D. While the number of people with dementia has increased because of the increase in the 65-and-over population, the rate of dementia among the elderly has actually decreased to 8.8%, largely because of higher levels of education. Higher education levels are generally associated with better health, including mental health.

9. A. According to the Centers for Disease Control, the current obesity rate in America is 40%, affecting some 94 million adults. Obesity leads to an extra $147 billion in medical costs associated with diabetes, heart disease and some forms of cancer. In general, obesity rates are higher in middle-income people compared to either low or high income people.

12. D. According to ITOPF, a non-profit group of insurance oil-pollution compensation funds, the number of oil spills declined during the 1980s and have been few and far between since the mid-'90s, averaging only half a dozen annually in recent years. 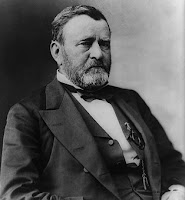 13. B. Get dangerously warmer. While we are spilling less oil, we are burning more. Almost all experts agree that the world is warming, though they disagree on how much -- estimates range from 3 degrees to 7 degrees Fahrenheit by late in this century. That may not seem like a lot, but it's enough to raise sea levels 8 to 20 inches which would put a lot of our beaches and coastal cities under water.

14. C. Ulysses S. Grant (The initials give it away!) So insulting a president is nothing new. Grant, who placed 21st in his West Point class of 39 graduates, went on to become a Civil War hero, a notorious drunk, corrupt president and bestselling memoirist.

Email ThisBlogThis!Share to TwitterShare to FacebookShare to Pinterest
Labels: Quiz

Well, I for sure got #14 right. I had a general idea about trends for some of the others but because of the numbers the answers will not stick in my head. I would have to carry this info around on an index card or notes on my phone if I wanted to use the information in conversations. Inability to recall number facts must be some kind of recognized disorder. I wonder if there is a support group?

Apparently I DID NOT know the facts. I got close on a few, but basically got them all wrong except for #13 about the climate getting warmer. I'm afraid that even if I had a general idea, I would never remember the numbers.

I'm afraid I don't know my facts. Was surprised murders were down with so many mass shootings. Totally aware of global warming and rising waters. Kind of glad I am old but feel for the young family members who will feel it the most.

I can’t say I know the numbers at all. I’m glad to hear dementia is going down though. It’s one of my fears. I did know about Grant.

I did not know much apparently :-) Knew about Grant and the earth heating up. The homeless population is somewhat larger where I live which is on the WA/OR border which are both on the your list with the highest homeless rate. :-(

You started the quiz post with the seemingly contradictory headlines "Everything has only gotten worse ..." and "This Has Been the Best Year Ever (Again)" and then asked which are we to believe?

Well, I don't know which to believe, or which is more accurate, but I do know that we should and could surely be doing much better on some of these issues. If we can't be perfect, and I know that I'm very far from that, simply being a bit better on things than we were last year cab collectively make a big difference. That seems to be a reasonable thing to aim for.

Hi Tom! Oh dear...I won't tell you how badly I did on this test. So thank you for "clarifying" things for me. However, I do question the one about homelessness. I believe it is VERY difficult to gauge exactly how many are without a place to live and there are many variations of it as well. If you you are living with others very "temporarily" does that mean you aren't homeless? If you live in an RV or car that is almost uninhabitable does that count for or against? I believe if you look around, especially in the bigger cities, the problem is growing but as long as the "stats" on it show that it is going down people can continue to overlook it. And overall I'm thinking these facts show that we all need to be engaged in our world if we hope to continue in a positive way. ~Kathy

Kathy -- Of course you are right, the homeless figure is a very squishy number, and so are some of the others like the percentage of Americans who are middle class. Yet we have to start somewhere in the pursuit of the "need to be engaged in our world if we hope to continue in a positive way." Thanks for your comment!

I have noticed that many people simply refuse to believe statistical information that shows the world is getting better in any way. When you mention that murders are down, incomes up, poverty down, etc. they suspect you of being a fan of the Orange One, even if you are not.

Of course, as you point out, even if many things are getting better, climate change is the big nasty unknown hovering over us. Unless we can deal with that nothing else will matter.

From where I live it is an interesting post to read. As a former educator I am not fond of quizzes but do like games that challenge thoughts. Did you know our earth gets heavier daily in weight from debris entering our space? The earth is a living planet that we have been given temporary life on and we seem to assume we have ways to control how it will continue. Past ice age and tropical heat waves all evolved from this planet with its volcanic eruptions .earthquakes and floods. Wind and water currents send all sorts of materials around the globe that most people have never studied. Did you know the red sands found in the Sahara can be found in underwater caves off the Bahamas? And that sand serves an important nutrient for life there? We just seem to want to know humans will live on and on but was that the universal plan or just our vain dream? We have like many species crafted a way of survival using skills we can adopted and dreamed of but will earth continue to be hospitable to nature as we need it? We have created glass towers as residences at a time when violent storms will reshape our priorities. We expect electric cars to drive us through blizzard , ice storms and fire yet fail to know when the power goes out so will the system that was to move them. There is so much more to ponder about the human direction verses the universal one. I do not mean to seem a pessimist. I just feel the power of our creator has plans we cannot begin to realise as we cannot plan beyond our own short life going into the future. After centuries we cannot even agree to get along. We have to have weapons and be nasty to our fellow living creatures both plant and animal. I wonder a lot about all of it. And I feel a magnetic connection to all. Can that be possible? Why of course or my heart would not beat. The Big Bang would not be real but it is.