Have You Been Surprised by Retirement?

We can’t know what’s ahead in retirement any more than we know about our career when we take our first job. We may start out with a plan. But life happens, and then we’re in the midst of something entirely different.

The surprises might come right away, when the reality of retirement doesn’t match up with our dreams. They may come later, after we think we’ve got it all figured out . . . only we don’t. By definition, we can’t know what surprises are in store for us. Here are a few. Have you experienced others?

A child moves back home. No one’s surprised if a son or daughter returns home after graduating from college. The surprise comes when a single, 32-year-old son loses his high-tech job in the city, can no longer pay his rent, and moves back in with mom and dad in the suburbs. This is what happened to a friend of mine. Fortunately, after a few missteps, and a sometimes-anxious year and a half, he found another job and now he’s off on his own again. 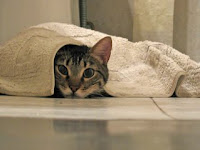 Where are we living now? A close friend of mine told me always figured he’d retire to Florida because, as he put it, “I’m from New York, and that’s what New Yorkers do.” He and his wife spent several years visiting various Florida communities, until one day on the way home they stopped to visit a friend in Charleston, SC. They fell in love with the city, and before the week was out they’d put down a deposit on a townhouse. Now, two years later, they love it . . . but they’re still surprised they ended up in South Carolina instead of Florida. In my own case, I retired to Pennsylvania. Why? Because my wife has relatives here, and we visited a lot, and the more we visited the more we liked it. And then, after we moved, I was surprised to find out that Pennsylvania is rated by wallet hub the 9th best state to retire in, behind Florida but ahead of South Carolina.

The doctor calls. Probably we all get a nasty medical surprise at some point. I played tennis when I was younger and was going to become a pickleball star in retirement. But the arthritis in my knees and ankles had a different idea. So I’m playing golf instead. I don’t mind. At least I’m on my feet. Still, many people are taken aback when they discover they have to limit their activities or take medication for the rest of their lives.

Are we going to work? A lot of people plan to take a part-time job after they retire, then are surprised to find out the workforce is not clambering for 65 year olds. I have a friend who works as a checker at the grocery store. He says he likes it, although it's not exaclty my idea of a dream job. Another friend rents out a room in her house through airbnb. My brother-in-law drives for uber. Personally, I had connection in my old company who gave me freelance work . . . until he in turn retired. Now I'm thinking of working at our local independent movie theater. But it's a volunteer job.

Money doesn’t matter as much. Yet I find that retirement is a great leveler. Most of us expect to live on a reduced income with Social Security, some savings and maybe a pension. Our income is stable. We’re not pushing for a raise or promotion. The pressure is off. So a lot of people are surprised that success in retirement is less about how big our house is, or what car we drive, and more about having fun, hanging out with a good crowd, and leaving a legacy for friends and family.

We can deal with all the change. I know it's sounds stupid, but it's a surprise to me that after retirement, life goes on -- meaning things continue to change. We move; we have grandchildren; our kids do something unexpectedly different. We have different friends, perhaps different interests. We realize we can cope with a lot of change and adapt to new developments. Yes, some of us are surprised that we can do this!

I thought I might become a bag lady. Nope!

We can deal with change -- best lesson ever.

I have a pretty good retirement. I am still alive at age 73, I am still married after 39 years, I own a house and 2 cars, not to mention my 2 kids and 2 grandkids are very successful people.

It surely depends upon one's health, without your health your retirement won't be one way or another..My hubs sister and bil retired to an ocean community with few people and no hospitals for a long long journey..I think they got tired of being put upon by their kids..None of their kids own homes at all, lots of children they have but not a home between the two young men..One married wealthy gals only to divorce, big weddings at that..the other is married with they had 4 kids but no home, works like crazy but no home only rents and high at that..One just never knows..our only single and happy gets to travel with her job and spoils her god-children but can slip back to her nice place in NYC alone..we are oky doky for us a trip to the shore often makes us happy with childhood friends we have a blast and we visit many state fairs and if we are adventurous we go to the big city in our state and stay the day and drive home..thankfully we are alive and kicking!

We looked all over Florida. We chose Charleston,SC. The only negative is that the folks who have chosen this area want it to be the way it was 40 years ago. It’s not. It is a “boomtown”. However, we have the greatest restaurants and medical facilities, and that makes up for the way it is growing.


Linda, you must take the prize for the most surprises, and Anon. I love Charleston, even with the traffic, but don't think I would've liked it 40 years ago.

I am surprised at how much time I spend with my grands. I have several friends in the same spot. Two have entire families move in with them. Most of us just do the “sanity” play while mom does her thing. The lack of affordable mother’s helpers is crazy.

Retirement, like life is full of surprises, as you say. I fully expected to supplement my income once I retired, by picking up some extra hours tutoring, or substitute teaching. And I was, actually, offered those jobs. But, surprise, surprise, I couldn't stand it! After a year or so of going into schools and working, I realized that all of the pluses and connections I enjoyed were no longer there, and I was just an anonymous face in the crowd. So I quit, and adjusted my life style instead. I've been retired for eons now, and have managed fine. I guess the lesson was, you don't need the same amount of money you needed while working.

My retirement surprise has been time and schedules. I thought if we each had a weekly volunteer day and then stayed active at the gym or similar several times a week, the result would be a happy smooth retirement. But life intervenes - maybe a string of medical appointments or a new roof for the house or on the plus side, a vacation opportunity. How much of our time should be scheduled and how much should be left “free” in case something wonderful turns up? And how do you fill that free time when those unexpected activities don’t materialize?

I'm not sure if anything particular surprised me about retirement. Guess I wouldn't have thought we'd have a grandchild living with us... but he's grown and absolutely no trouble. We enjoy having him here while he works and take classes. As I've mentioned before, I love owning my own time... so working (even though I did work part time for 5 years at a bookstore after retirement) doesn't appeal to me any more. Writing, sketching, painting, and sculpting are hobbies that I enjoy and spend time doing. Visiting the kids (Hill country of Texas and Hawaii) as well as family (New Orleans) make up our travel. We live pretty close to our means, but are comfortable and happy with retirement.

My husband retires from the State of California on Jan 2020. We are excited about this new chapter of life.

My retirement is a mixture of stuff that some people might think sounds boring, some exciting stuff and some active stuff. So far, the effort I've put in has resulted in a happy early retirement.
As to what has surprised me, it's the little things. Time to think about things is one such simple thing that I value.

Never Florida with all its traffic and old people...although hubby grew up there and would love to go back! Charleston is wonderful and except for the hurricanes, a great spot. AFter all was said and done we moved to the country, but only an hour from our prior life because the kids are nearby.

My post this week is all about impoverished senior women in old age, and there are many. Certainly my financial goals were not met due to a complicated devaluation of my large property resulting in a massive loss. I am OK but budget carefully, not like many women who live in extreme poverty and I did not plan on being an elder activist but there it is. Legacy action.

And I thought I would continue jogging, and did so to the age of 71 until PVD was diagnosed and kaboom there went that dream.

So far both of my kids are doing fabulous on their own and never moved back. I may have to move in with them at some point. I hope they're ready for me. LOL

Hi Tom! As you may remember, I don't consider myself to be retired...more like, Semi-retired. But when I read your post it came to me that change happens ALL THE TIME . (at least in my life) and while I think it is wise to plan and have intentions about what is important, I think we all need to be flexible. That's why I like the statement on your other commenter that said, "Adaption = successful old age." I'm thinking that "Adaption = Happy life" too. I also think it is important to hold the mindset that no matter what happens, everything will work out okay. ~Kathy

Hi Tom.
I just happen to come across this site. I love hearing what retirement is like for folks.

I'm a single divorced woman with two grown children, I'm not yet retired but its on my mind these days. I'm 62 and planned to work (lawyer) for 4 more years. Now I question whether I can hang in there that long. More than anything I'd like to relocate south and find a supportive community that I can join.

If anyone has advice on steps to prepare oneself for retirement (other than save gobs of $$!), I'd love to hear it.