On the way to the beach the other day we passed Bordentown, NJ. That prompted B to ask, "I wonder if that has anything to do with Borden milk. Remember Borden's milk?"

"Sure," I replied. "Elsie the cow. We got it delivered to our front door every morning when we were kids."

And that got us reminiscing about the brands we knew as kids that are no longer around. Or maybe they still exist somewhere (as does Borden; I checked) but you just don't see them anymore. B pointed out that milk companies are fairly local, so Borden's must have only been around the New York area. As was Korvettes discount store, which became Caldor's. Both long gone. And Bradlees in New England. Then there was Schrafft's, the restaurant and candy maker. Did you ever go to a Horn & Hardart automat?

But we also recalled the cars. Pontiac and Oldsmobile. Studebaker. My parents had a Studebaker when I was a little kid. Later on we had a Nash Rambler. So did B's family. We recalled the push-button transmission, and just how awful that car was. But as teenagers we didn't care. The car got us around . . . as long as we didn't have to go uphill. 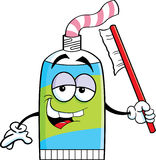 What about the airlines. Pan Am was the first to fly regularly scheduled jets across the Atlantic in the mid-1950s. But then I remember a friend of mine getting laid off from Pan Am, in the mid-1980s, when it was jetting toward bankruptcy. There was TWA, Eastern, Braniff. Remember Laker? All gone.

B wondered if Tang is still around. "I used to love Tang," she said wistfully. I don't know about Tang, but I used to guzzle 7-Up like a camel. When was the last time you drank a 7-Up? Then I suddenly found myself singing . . . Brusha, brusha, brusha ... new Ipana toothpaste. But now that we're older, we all use Sensodyne ProNamel, since our teeth are sensitive and our gums are receding.

Magazines. Whose family didn't subscribe to Life or Look, or the Reader's Digest or Saturday Evening Post?

I remember Christmas, circa 1965, when we got a Polaroid instant camera. Who among us didn't type their term papers on a Smith Corona? Or spin a Decca record on a Motorola or Garrard record player? But these are more changes in technology than simply brand name.

Of course, many more brands are still with us, and have outlasted all the vicissitudes of history. My dad ate Wheaties every morning for breakfast. You can still find Wheaties on the grocery store shelf. After we got rid of the Studebaker, my parents drove a Buick for years. Buick is still around. Apparently Buick has actually made a comeback and is now once again considered a good car.

The VW bug went away and then came back, as did the Ford Thunderbird and Ford Mustang -- although the latter may have been a mistake. The Mustang had many fans; but it was a cheap car that tended to fishtail when rounding curves or corners.

So I guess we've made some progress. Remember "Winston tastes good like a cigarette should"? Now you've got to look under a rock to find a Winston. Or a Kent, a Lark, a True, a Tareyton, a Chesterfield or Old Gold.

And today the cool car is a Prius or Tesla with seatbelts and airbags, instead of a Corvair or Ford Pinto -- either one of which could explode and send you to a place where you no longer have to bother with brusha, brusha, brusha.

I believe that Borden started out with Condensed Milk; but, as a kid in Tulsa & Kansas City MO, we had fresh Borden's milk delivered to our door.

Having spent most of my professional career working in aviation, I am embarrassed that I cannot recall the pedigree of all the aircraft brands. There were so very many companies making airplanes "in the olden days". One of my retirement checks comes from Northrup (for whom I never worked), the other from Textron (who bought Cessna from General Dynamics a few years before I retired). Although I worked for Boeing a couple of times, I can't tell you how many other aircraft companies they've subsumed.

The USA isn't the only place where brands disappear. Do you remember Datsun cars? The brand is now Nissan.

Some of the brand names you mentioned I don't remember at all. But, Tang is something I used to drink as a child.

I actually think Borden's milk might still be around. We had Borden's milk in New Orleans and there was even an Elsie cow back when I was growing up. And my dad always drove an Oldsmobile. Tang might still be around (somewhere). And although I never smoked, I do remember those cigarette brands. So many of the little jingles that went with a particular ad stuck in our heads as children... and remain there now.

We did have Bordens and Elsie in Canada. My dad did have a Studebaker Suburban. So things come and go but it's fun to remember them. Camel was a good cigarette.

We had Borden delivered in Phoenix in the 60's. Glass bottles, miss that.
PanAm overbooked our family once and ended up flying all seven of us first class from Hawaii home. What a trip!(Probably why they went bankrupt).
How about billboards for alcoholic drinks and the puffing cowboys?
And hey! Don't speak poorly of the Mustang---I still drive one!

Thanks for a walk down memory lane. i do remember these brands.

Hi, I found your site through a link on Seniorforums, might not be able to find it again, but noticed a possible error in your post: my brother worked at a Caldors in late 1965, and I went to Korvettes in the City in 1975, so Korvettes hadn't disappeared.

This is a great site, though!!

I once owned a Swinger Polaroid camera and thought it was magical.

We had Bordens in Detroit, think it might have been nationwide and E.J. Korvettes, not sure if that was the same as Korvettes in New York

I remember most of those brands and I certainly remember my parents reading Look and the Saturday Evening Post. We always had Fords growing up, but I wouldn't drive one now. I'd love to have a Tesla!

Thanks for another great trip down memory lane, Tom. I believe that Tang is still available. The makers of Tang also made Pop Rocks. Remember those? How fun were they!?!