A Walk in October

It's early fall here in the Northeast when, as the poem by Helen Hunt Jackson begins:

The golden rod is yellow
The corn is turning brown
The trees in apple orchards
With fruit are bending down.

Helen Hunt Jackson (1830 - 1885) was born in Amherst, Mass. She wrote poetry and several novels, and became an activist for Native Americans. Her most famous work was Ramona, a melodrama about an orphan who was half white, half Indian, and her full-blooded husband and their struggles to develop land of their own in California.

I do not live on a farm, and have no apple trees. But for some reason Jackson's poem always comes to mind when the leaves start to turn, as they were just beginning to do yesterday as I took a walk down the road . . . 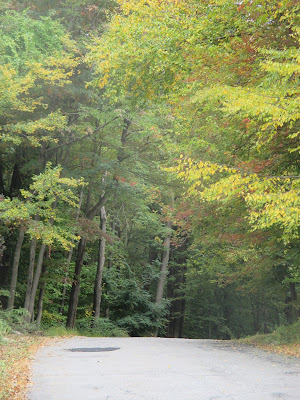 They say the colors aren't going to be so great this year because of all the dry weather, but it looks like they're starting to come out. 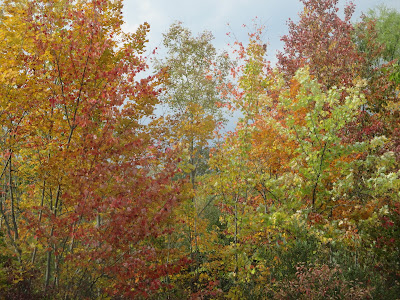 Here's where the path opened onto a field. 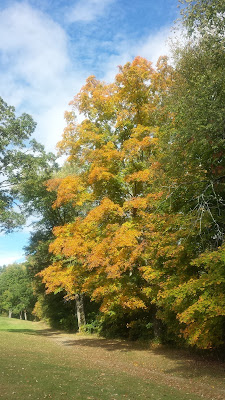 I think this is poison ivy. 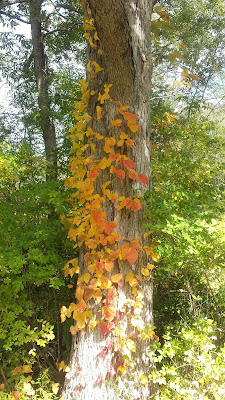 Around the bend was a pond. 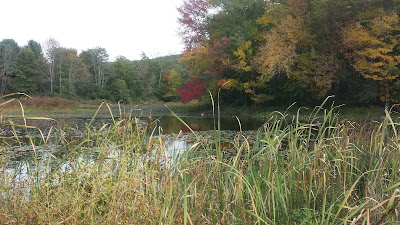 And then, I don't know. A haunted house? 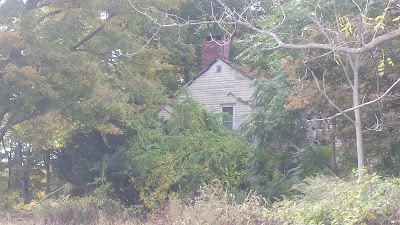 When I got home I wondered if I should pick the last of my tomatoes, 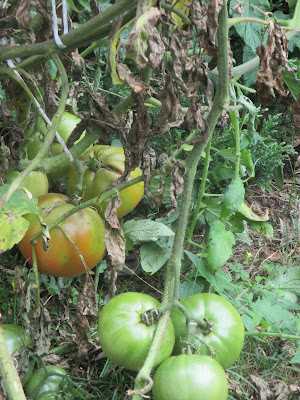 and saw that B had started to prepare for the fall holidays. 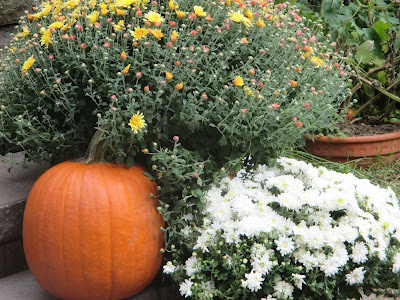 Look at this . . . she found apples somewhere and baked a pie! 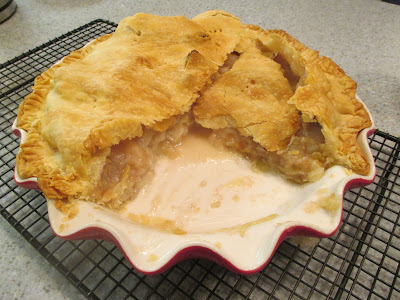 Definitely fall in your part of the woods, Tom. I think I'll look up that book and read it, since I haven't before. :-)

Apple pie and fall, what a lovely combination. Enjoy.


How To Win You Ex Back

All I have to say is thanks to Dr Ukaka I saw my results from day one. Not only is he very nice, but very professional. He tries to get to your spell as soon as he can, and if you have any questions he answers them very quickly. He is not a waste of time or money, if your ready to make a change in your life He is the right person to go to. If your looking for love I recommend his Counjor Love Spell. good luck and I know you will be as happy as I am with the results. contact him on his via mail freedomlovespell@hotmail.com website freedomlovespelltemple.yolasite.com all call him+2348133873774 Goodluck

I have some apples in the refridgerator and need to make something. Maybe tomorrow?

Yum! I can't remember the last time I had fresh homemade apple pie.

Our trees are just starting to turn, although we've had our first frost. Our cucumber plants took a hit in the cold, but are still growing and producing...and nothing seems to kill those damn tomatoes. i am sick of tomatoes!

Nothing says fall to me more than the smell of an apple pie baking. Yum!

You hooked me with the Helen Hunt Jackson poem. Colorado Springs, my home town, became her adopted home. I bought a book of her essays and poems a few years ago and was enthralled with her writing all over again. She was an amazing woman in many ways.

The apple pie looks wonderful. To me it speaks of all the creature comforts that one turns to when the autumn days turn a bit cool. Enjoy every bite.

I was in a completion with my husband’s ex, even before we got married, I thought she might stop interfering in our affairs after marriage, but she continued, spreading rumors about my past, calling me names. She vowed to cause breakup to our 2-year-old marriage, because my husband preferred me over her, she was so jealous and decided to consult a priest who caused our breakup on March 17. She was so evil that she don’t even hide her evil acts, after opening up to me that she caused our split, and laugh at me as she tries to take back my husband.
It was a slap on my face and total humiliation, and I demanded justice from spiritual father dr. wakina, after going through testimonies about him on TV and blogs, why I chose him was that he doesn’t cast spell against one’s wish and his spell has positive effects to family growth. My life changed after the spell was done on us and the evil lady flee overnight. Am so exited right, dr. wakina’s spell blessed us beyond measures and I encourage you to contact him via dr.wakinalovetemple@gmail.com

Thank you for the photos. I'm in south central Kansas, and we don't have as much fall color (or as many trees) here. And I haven't made a pie in years. Eep. Maybe I'll do that this weekend!

Thanks for taking us on your walk, it was lovely.


My Name is Anita.I will love to share my testimony to all the people in the forum cos i never thought i will have my boyfriend back and he means so much to me..The boy i want to get marred to left me 4 weeks to our wedding for another girl..,When i called her she never picked my calls,She deleted me on his facebook and he changed her facebook status from engaged to Single...when i went to her place of work he told his boss he dont want to see me..I lost my job as a result of this cos i cant get myself anymore,my life was upside down and everything did not go smooth with my life...I tried all i could do to have him back,all did not work out until i met a prophet when i Travelled to Africa to execute some business have been developing some years back..I told him my problem and all have passed through in getting her back and how i lost my job...he told me he gonna help me...i didn't believe that in the first place.but he swore he will help me out and he told me the reason why my girlfriend left me and also told me some hidden secrets.i was amazed when i heard that from him..he said he will cast a spell for me and i will see the results in the next couple of days..then i travel back to Us the following day and i called him when i got home and he said he's busy casting those spells and he has bought all the materials needed for the spells,he said am gonna see positive results in the next 2 days that is Thursday...My boyfriend called me at exactly 12:35pm on Thursday and apologies for all he had done ..he said,he never knew what she's doing and her sudden behavior was not intentional and he promised not to do that again.it was like am dreaming when i heard that from him and when we ended the call,i called the man and told him my girlfriend called and he said i haven't seen anything yet... he said i will also get my job back in 3 days time..and when its Sunday,they called me at my place of work that i should resume working on Monday and they gonna compensate me for the time limit have spent at home without working..My life is back into shape,i have my man back and we are happily married now with kids and i have my job back too.This man is really powerful..if we have up to 20 people like him in the world,the world would have been a better place..he has also helped many of my friends to solve many problems and they are all happy now..Am posting this to the forum for anybody that is interested in meeting the man for help.you can mail him to Dr.jartospellcaster@gmail.com I cant give out his number cos he told me he don't want to be disturbed by many people across the world..he said his email is okay and he' will replied to any emails asap..hope he helped u out too..good luck:Dr.jartospellcaster@gmail.com.Once Again His Email Address Is:Dr.jartospellcaster@gmail.com

i want to use this medium to let every one know that HIV/AIDS has cure and that Dr KEMI is the solution. am Harry Bran from Texas i was tested HIV/AIDS positive in July the year 2013, then early this month i read article about Dr KEMI having HIV cure,i decided to look for him and lastly i was able to contact him through his email and phone number he told me everything that he needed and i play along too and he now then told me that he has prepared some local medicine that i need to drink it and he send it to me i actually did as he directed, the later that night i was unable to sleep i urinate and toilet almost all the night i called him later that night to tell him how am feeling he told me that everything will be fine,few days later he called me and advice me that i should go to hospital to checked my status i actually did and i was now tested NEGATIVE i told everybody right there at the hospital and i called him and thank him for his good work he told me to tell you out there if you knew you have this disease that you should contact him through his email [kemilovespelltemple@gmail.com] or whats-app him on +2349036055364 or whats-app too Bran +16062579121