Reading some other blogs lately has got me wondering how much we should talk about the personal stuff in our lives, at the risk of going on and on about things that are important to us but not at all interesting to anyone else, like the boring guy at the party who buttonholes you in the corner and won't let you get away.

So I don't want to bore everyone by telling you how I've cleaned out my basement recently, partly because I haven't cleaned out my basement recently, or by showing you what a wonderful place my garden is, partly because my garden is choked with weeds and ravaged by the raccoons, deer, rabbits and groundhogs that really own this place. (But I do, strangely, get vicarious pleasure out of seeing photos of other people's lush, beautiful gardens, because the only green I get over here is green with envy.)

A triple threat, as defined by Merriam Webster, is:  "1) a football player adept at running, kicking, and passing; or 2) a person adept in three different fields of activity."

I do not play football. I tried a bit when I was around 14; and it didn't work out. But I am adept in three different fields of activity:

1) I play golf. I learned as a kid. I didn't play much for 20 or 30 years while I was working and had kids to raise; but now as a retiree I've taken up the sport again. It's a great way to spend some time outdoors . . . while someone else mows the grass, trims the bushes and cuts down the dead trees. 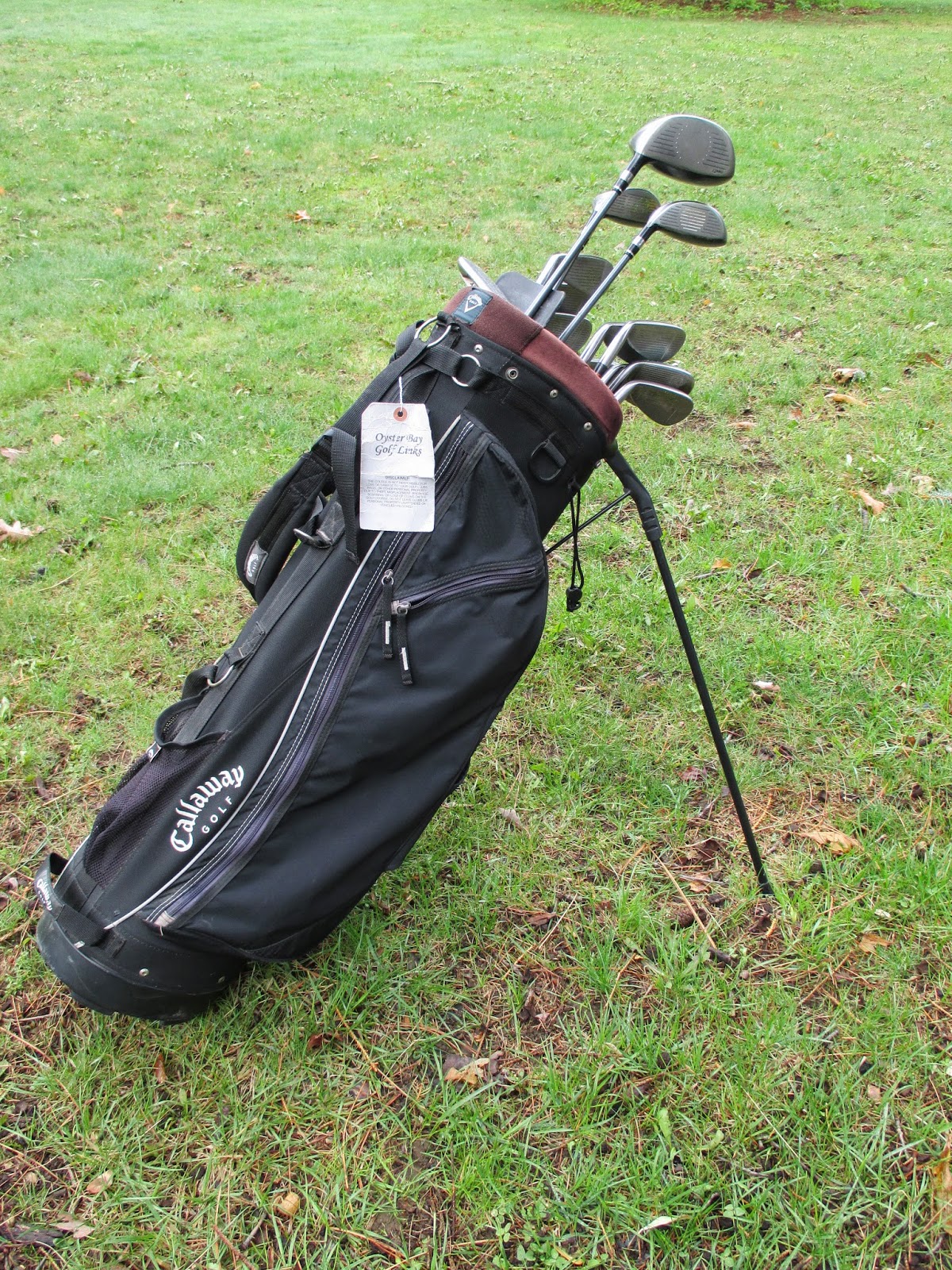 As I told DJan, the intrepid hiker from the Northwest, yesterday in response to her post To the Boardwalk and Pine Lake: "I also took a walk today. Across a beautiful green carpet above the Hudson River on a sunny day in the high 50s, chasing a little white ball through the budding trees. Yes, you guessed it: golf!"

2) I play table tennis. Again, it was an activity I took up during my misspent youth. From about age 10 to 13, I played every day after school in my friend's basement, bashing a ball back and forth behind his dad's workbench, among the pipes and power equipment stored there. Later, as an adult, I always wanted a Ping Pong table in my basement, and finally, when I moved in with B in 2007, we got one. 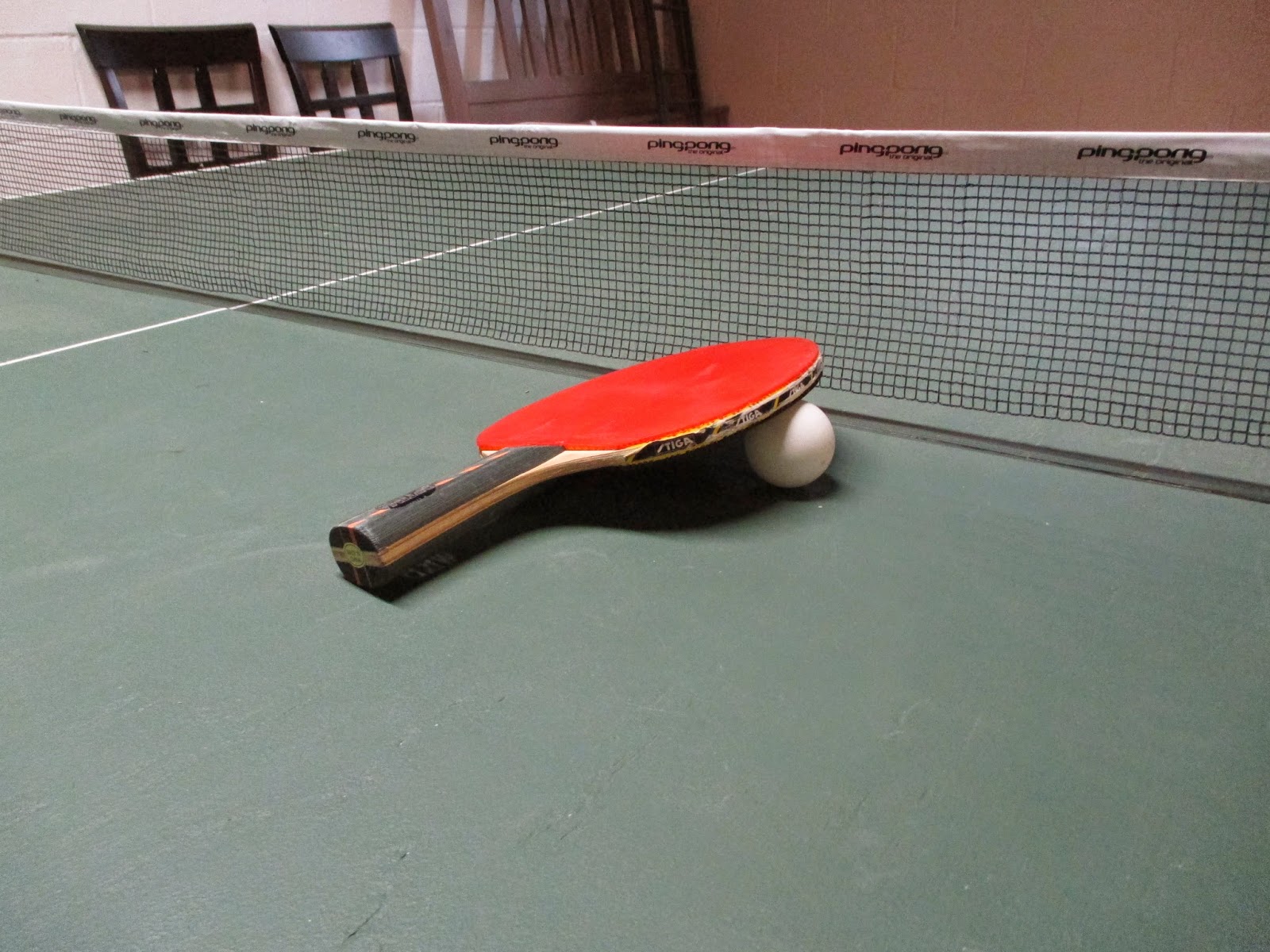 I played with our kids until they moved out. Then I joined a table tennis club owned and run by -- this might surprise you -- a fellow named Will Shortz, who is also the crossword puzzle editor for the New York Times. (By the way, in addition to being a crossword impresario, Shortz is also an excellent table tennis player, and an all around nice guy.) A bit of trivia: Do not call it Ping Pong. It's called table tennis. You do not use a paddle. It's called a bat. And the person who plays -- he's called a ponger.

3) I dance. I remember, when I first met B, I warned her that I like to play golf on weekends and so I probably wouldn't be hanging around with her on Sundays. "Oh, that's okay," she replied with a visible sigh of relief. "I have plenty of things to do for myself on Sundays."

But she did insist that we do something together, and that something is ballroom dancing. As I told Bob Lowry, in response to his post I Am About to Turn 65: Am I Age Appropriate? "When I was a kid, my mother forced me to go to dancing school. I hated it. I was self-conscious, shy around girls, awkward and sweaty. Then, in my 60s, my wife forced me to take up dancing lessons. And now I love it! Why? Because it's age-appropriate -- while I'm still plenty awkward, I am no longer self-conscious and therefore not too sweaty or shy. Also, it's good exercise; makes for a fun evening; and you meet some great people. The only thing . . . dancing can sometimes be hard on aging knees."

So there you have it. I'm a triple threat. Just don't ask me to tend your garden, because for whatever inexplicable reason, when I start digging around in the dirt the flowers wither and the weeds take over.

Email ThisBlogThis!Share to TwitterShare to FacebookShare to Pinterest
Labels: Humor, State of Mind

We donated our golf clubs to Goodwill recently, since we have lost interest in the sport. Table tennis? Don't have the space for it. And ballroom dancing? We took classes for 10 years and then gave it up when David's arthritis took over. What we like to do is renovate our home and patio and yard. Lots to do around here!

You are definitely threatening. MyAunt Marge tried to teach me how to play golf but I kept slicing or hooking (can't remember which). When we visited her, we always took her out to eat at the golf course near her (at Kohler wi and famous) and I loved watching the golf ears play, but never tried as an older adult. David andI used to play softball in the warmer months. Late rewrote bikes. Now the golf bag is covered with dust in the attic, the ball gloves and bats have gone to Goodwill, and I gave my bike to my youngest granddaughter who used it until her dad let her take a car to college. David's bike is covered with the detritus of years sitting in the garden shed, and just yesterday I suggested he give it away. So I could park a new garden cart in that spot.

I am going to ride it again he said. Today he came in with a bloody leg from where the old garden cart fell over on him. Perhaps he should give up the bike and start using his golf bag again?

I've been told that I'm a triple threat but I never thought of this as a compliment. If i were a triple threat it would probably be because of my ability to paint, write and tell fun stories.

I've never been interested in golf, but my parents both played all their lives, and my sister in Florida has taken it up. I ask her how it's going and she either says "I don't want to talk about it," or "not bad at all." I can never tell which she is likely to say on any given day, but she plays year round.

And I have lots of friends who dance, and they love it! I might have to try tap dancing one of these days. They have beginning classes at the Senior Center. :-)

Those blogs that just go on about the same old "what I had for dinner" topics, I just stop following when they start to bore me. On my blog I just write what I feel like writing at the moment. I can't please everyone, so I just as well better please myself!

I never understood why walking around outdoors under the hot sun for hours hitting a ball that refused to go where you wanted it to go was fun…On the other hand I would love it if my hub learned to dance. He has two left feet and absolutely no sense of rhythm.

We were getting set up for the rummage sale at B's church this wknd., and, boy oh boy, there were a lot of sets of old golf clubs that were donated. So I guess a lot of people are losing interest or getting frustrated . . . or just wising up. But I still like golf, precisely because it does give you an excuse to walk around outdoors for a few hours, and there's also a little bit of exercise and a lot of camaraderie involved. Anyway, Douglas . . . help me out here!

As for dancing, I also have two left feet and no sense of rhythm. But that's the point -- at this stage of life, who cares? Just go out and have fun!

I'm a triple threat too but only when drinking beer. Funny blog Tom

Well there you go . . . several hundred words about personal stuff, and all of it was interesting. Keep on swinging, batting, and dancing!

I have played golf, and I do not get it.

I'm a decent table tennis player myself, though I might trip on my feet now as I dash around the table.

Never liked to dance until the last couple of winters in Tucson, where we took up line dancing and learned the Texas two step.

Not much of a threat at all, though. Lucky you!

I tried golf once. Bored me to death. I would love to get my husband into ballroom dancing, but probably have the same chance he had at getting me to play golf.
b

I tried golf once. Bored me to death. I would love to get my husband into ballroom dancing, but probably have the same chance he had at getting me to play golf.
b