Well, there is the fact that the snow is melting in my backyard, producing a river raging down my driveway, and scores of lakes and streams that I have to navigate to get from the parking lot into the library.

But I wanted to report back about the Finger Lakes. I thought there were five Finger Lakes, like the fingers on your hand. And there are five main lakes: Cayuga Lake is the longest finger, with Ithaca and Cornell University sitting at the base of the lake. Seneca Lake, considered the middle finger, is the deepest lake. Then there is Skaneateles Lake to the east, and Keuka and Canandaigua to the west.

But I discovered that there are actually 11 or 12 Finger Lakes, depending on how you count them -- all long, thin lakes running north and south, spread out like fingers across central New York State. The region is known for its wineries and breweries, as well as hiking and fishing and boating. If you really want to know more about the area, including the names of the other six or seven lakes, you can check out the Finger Lakes website.

Meanwhile, to answer Dianne's question, the large lake near New Orleans is Lake Pontchartrain. But in fact (I had to look this up, too) Pontchartrain is not technically a lake. It is an estuary connected to the Gulf of Mexico through several other waterways including the Rigolets strait. 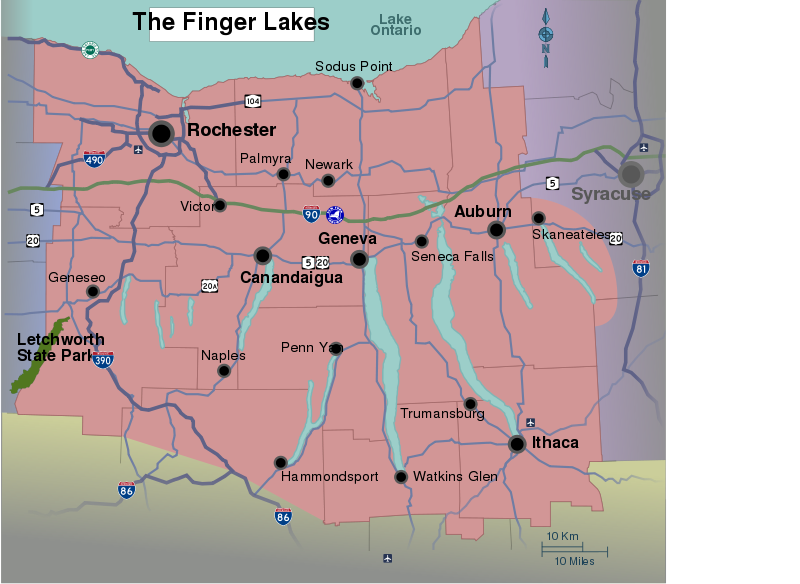 Anyway, speaking of "all wet," I read in Nate Silver's book The Signal and the Noise, that the weather reports you see in the newspaper or on the internet have what he calls a "wet bias," meaning they exaggerate the chance of rain. Why? Because meteorologists know if they say it's not going to rain, and it does, then the audience will get mad at them. But if they forecast rain, and it doesn't rain, then the audience considers this a bonus -- and doesn't blame the forecaster for being wrong.

Still, according to Silver, weather models have actually improved over the years and are pretty accurate, at least with their five-day forecasts. They miss the average daily high temperature three days in advance by an average of only 3.5 degrees. But when forecasts go out eight days, they are virtually useless, and at nine or more days in advance, they are worse than what you would guess just from looking at average seasonal precipitation and temperatures. 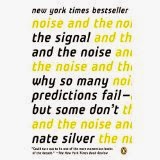 U. S. forecasters have also made significant improvements in predicting both hurricanes and earthquakes in recent decades. It may not be news to you that your chances of being in an earthquake are higher in Anchorage, San Francisco or Los Angeles, than they are in Miami, Dallas or Houston. But did you know that Charleston, SC, is seismically active? There was a magnitude 7.3 earthquake in 1886, and Charleston is likely to get another earthquake long before there's a significant tremor in Las Vegas, Phoenix or Denver.

Which reminds me of an old golfing joke: What should you do if you're caught out on the golf course during a thunder and lightning storm?

Grab your 2 iron and hold it up as high as you can. Why? Because even God can't hit a 2 iron!

I didn't know about that "wet bias" but I must say I can understand it. When I'm ready for rain and it doesn't, I feel good. Here in the PNW, however, it is usually safe to predict rain most of the time. :-)

I will try to remember that golfing joke to relate to my golfing fanatic brothers.

I've never been to New Orleans but I figured Lake Pontchartrain wasn't a real lake when I read in the paper a while back that someone was bitten by a shark while swimming in it. Lakes don't usually have sharks in them.

That's very interesting. I've never heard of the wet bias. Makes perfect sense. We can forgive no rain but not the reverse. Thanks for sharing.

One of my college buddies became a weather forecaster. He said it was the best job in the world: "Nobody seriously expects me to be right."

He probably would agree now with your statement that forecasting continues to get better and better.

Thanks for the "wet bias" info. That was new to me and explains something I've been puzzled about for a long time.

It's a 1 ion, not a 2. Attributed to "Merry Mex" Lee Trevino who referenced lightning on a golf course and said something to the effect that he would just hold up a one iron because even God couldn't hit one. But, apparently, Jack Nicklaus could (and quite effectively, as I recall).
I thought that "wet bias" happened around the time the meteorologists came up with the percentages of rain rather than the old rain or no rain in the forecasts.

I wonder if the "wet bias" is opposite in drought-stricken California? If rain is predicted, we are very unhappy if it doesn't happen.

Well, Dick, he could have become an economist, or a politician, and had just as good a job, by that criterion.

Douglas, I guess what a 1 iron is for Lee Trevino is a 2 iron for me. Actually, I can't hit anything less than a 6 iron, so I don't have to worry about lightning at all!

And does anyone remember the "Curb Your Enthusiasm" episode when Larry David accuses the weatherman of deliberately forecasting rain when he knew it would be sunny ... so that nobody would go to the golf course and the weatherman could assure himself a convenient tee time? That ostensibly took place in Calif. -- but maybe the ruse wouldn't work anymore b/c no one would believe it's actually gonna rain!

Most of the weather forecasters are all wet. But here in the Washington Metro Area, we have the best forecaster around WUSA. His name is Topper, and my vet who knew him when he was still in TN knows him from back when. Topper is a Meteorologist and he doesn't say "it will do this" or "it will do that", he describes our Metro area and explains the chances for each area. He uses several models from several places, including England. Topper is so good, zi have noticed other forecasters on other channels are taking clues from him.

As for weather, our winter is gone and we have spring. Oh Joy!

Fewer people are hit by lightening, because we all sit at desks where we are more likely to be hit by a stroke or heart attack.

Otisco, Owasco, Skaneateles, Cayuga, Seneca, Keuka, Canandaigua, Canadice, Hemlock, and Conesus are generally accepted as the eleven Finger Lakes. The major five you listed, and six "minor Finger Lakes". The very best place to be three seasons each year, and only for the strong of heart, mind & body during the w!nt3r ! ! !


Very professional and gentle. The staff is very accommodating and the office is very stunning and clean .
Best Child Care Dentist In Chennai