We spent a morning at the South Carolina aquarium, located on the harbor in downtown Charleston, SC. The aquarium offers a sampling of the flora and fauna along the waterways of the entire state.

The mountains of western South Carolina, we were told, get enough rain to be considered a temperate rainforest, home to many species of wildflowers, salamanders, turtles and birds not typically found along the coast. 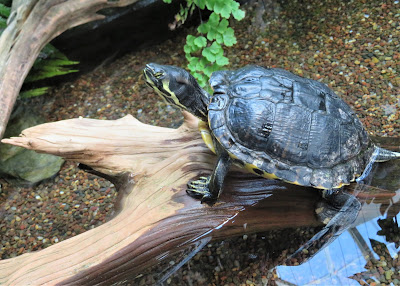 The Bald Eagle was listed on the Endangered Species list in 1967, largely due to the presence of DDT which harmed the eggs. But today the eagle population has made a comeback in South Carolina, and so this majestic bird has been removed from the list. 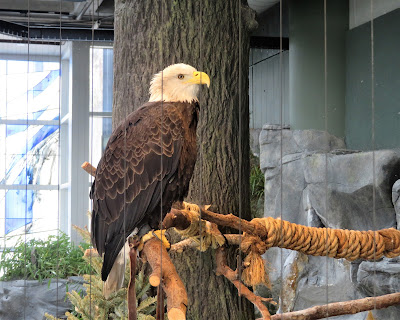 The Eastern Diamondback grows up to 6.5 feet long. It is the largest rattlesnake in the world and can live as long as 20 years. 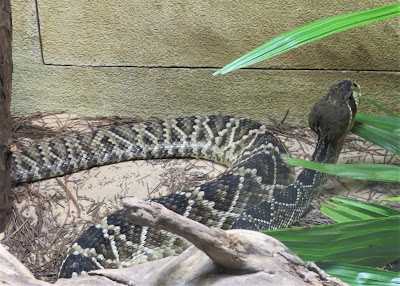 The streams and rivers of South Carolina flow down the mountains, across the Piedmont region, through the lowlands to the Atlantic. Along the way many fish thrive in the waters, including the Longnose Gar . . . 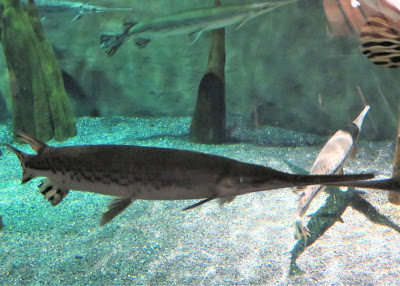 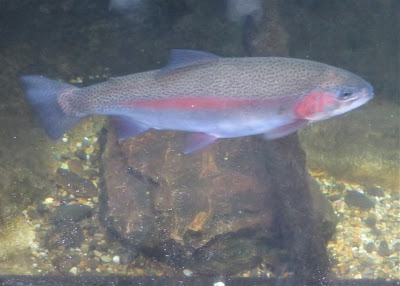 American alligators can grow to 14 feet in length. They have lost a lot of their habitat to building and development, but still populate many of the lowland waterways. 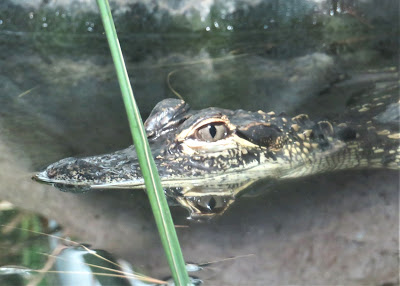 The Lion's Mane jellyfish lives off the coast. The stinging tentacles, I read, are grouped in clusters that each contain as many as 100 tentacles. 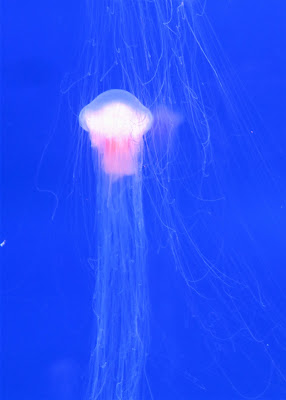 There's also the Moon jelly which washes up on South Carolina shores in the fall. They impart only a mild sting. Or so say the experts. In any case, these jellyfish are so transparent that you can see clear through to their bright, horseshoe-shaped reproductive organs. 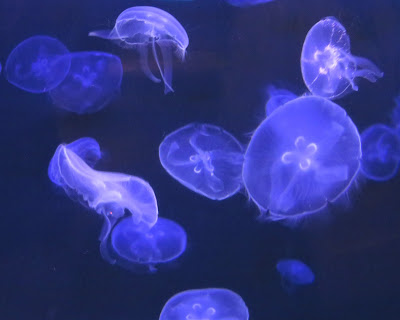 Farther offshore, it was explained, is the Sargasso Sea . . . 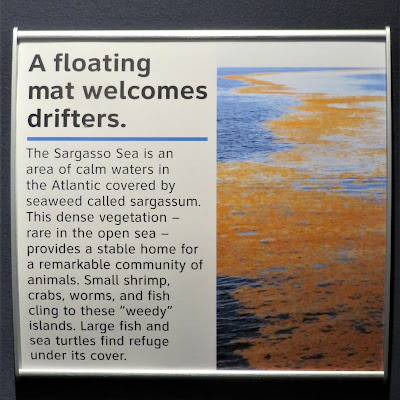 Here's a Sargassum fish which hides, well-camouflaged, amidst the carpet of seaweed. 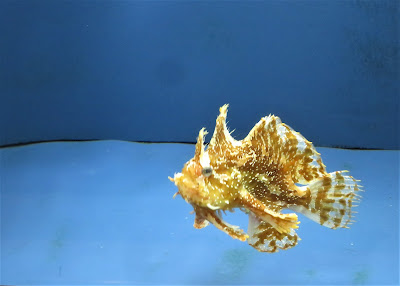 Finally, a view from the aquarium of the Ravenel Bridge, opened in 2005 and now famous as the symbol for this Southern port city and retirement mecca. If you're ever in Charleston, you can walk across the bridge. And you can spend an interesting and informative few hours, with or without grandchildren, rambling through the South Carolina aquarium. 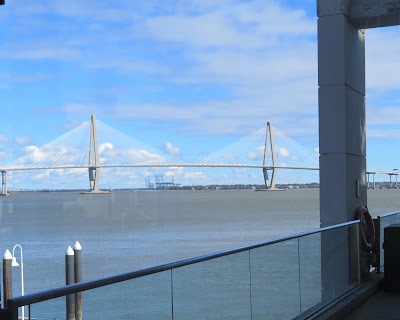 Looks like a very interesting aquarium to visit. Thanks for sharing the photos.

That's a very nice aquarium. We have one in Waikiki, but it's not as nice as yours. I wonder how they feed the snake without being bitten.

I’m glad the Bald Eagle is making a comeback. So many animals are becoming endangered or extinct. Ummm... snakes, we keep out of Hawaii... or try to anyway.

I was delighted to see a Bald Eagle here in Arkansas. He was in a pasture about 15 feet from the road. What a treat.
Don't miss the gators, rattlers and jellyfish that were plentiful in Florida. How nice to be able view them in controlled settings like you did.

We have so many bald eagles in these parts that it seems incredible that they were ever endangered. I was fascinated by that camouflaged fish. So cool what nature can do. :-)

Married to a marine scientist and find much of this an nice review. There is so much good stuff out there.

If you are ever in Charlestown and can find a place to park, you can see that stuff!

WE have many bald eagles here. Very little fertilizer driven farming so they are healthy. They are wonderful birds, I never tire of them and some have cameras on their nests and that is fascinating in the spring. Now I know more about these amazing grasses.

I love to visit Aquariums on my travels. They are always a source of interest with sites to see and information to learn. Thanks for sharing.