More Clichés for the Candidates

As I mentioned in my last two posts, we sometimes have time to do things in retirement that got squeezed out of our lives when we were working and raising a family. Polo, for example. Or tennis. Or politics . . . .

Now we have another Democratic presidential debate coming up on Thursday, Sept. 12. In the last debate Joe Biden famously called one of his opponent's medical plans "a bunch of malarkey." The reaction by people and pundits alike had nothing to do with the merits of the medical plan. It had more to do with how using that very phrase demonstrates that Biden at age 76 is a relic of the past, since no one has heard that term in probably 40 years.

As one wag said, "Millennials are all googling what 'malarkey' means."

In case you don't know, according to the dictionary malarkey means "speech or writing designed to obscure, mislead or impress."

Kind of like "a bunch of baloney." Or something that's "for the birds." (Of course, Biden calling anything an opponent says a bunch of malarkey is like "the pot calling the kettle black," since Biden has offered up plenty of malarkey himself.)

But aside from that, remember when Ronald Reagan became the oldest president in history? He was 69 when he was elected. Today, all of our leading presidential candidates have already hit the 70 mark! The three top Democrats are Bernie Sanders, at age 77, Joe Biden at 76, and Elizabeth Warren at 70. And then there's the Republican candidate. He is 73. 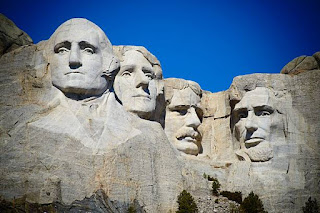 I guess we're living in a gerontocracy. But is that necessarily a bad thing? Maybe not if they would act their age!

I take part in discussion groups with my fellow senior citizens at our local college. Most of them are intelligent, creative, reasonable people with a deep well of experience. So I don't necessarily see a problem electing a president from among a group of 70-year-olds.

So there is nothing wrong, necessarily, with the kind of person who uses an old-fashioned word like "malarkey." It used to be that our elders were venerated. Tradition carried some weight. Older people were revered for their wisdom, judgment, experience and perspective -- although now, at least in some quarters, older people are considered hopelessly irrelevant, totally out-of-date.

Nevertheless, it seems we don't want some new and fresh "whippersnapper" in 2020. Instead, we're looking for a more seasoned presence who exhibits wisdom, judgment, experience and perspective.

In the last go-round, in 2016, the country ended up with someone who . . . well, he wasn't young. But like the know-it-all teenager, he was brash and bold. He knew what he wanted, he was itching to take the country in a new direction, and he has stood firm in the face of criticism.

So what did we get? Someone who when it comes to global warming "fiddles while Rome burns." He has his fellow countrymen "fighting like cats and dogs." And perhaps as my mother liked to say (consider Hurricane Dorian), he's left us "up the creek without a paddle."

It made me think that just maybe we need a president who remembers the lessons that their mom and dad told them, and who knows and practices some of the old verities, including a sense of humility -- the knowledge that the person doesn't always have all the answers, the wisdom to listen to other people, the presence-of-mind not to be seduced by his or her own self-righteousness.

As Mark Twain told us, "It ain't what you don't know that gets you into trouble. It's what you know for sure that just ain't so."

Perhaps we need someone who doesn't claim to know all the answers, who won't let foreign leaders "pull the wool over their eyes," who can "keep their shirt on" in the midst of a crisis, who realizes that "a stitch in time saves nine" when it comes to global warming, who knows "money doesn't grow on trees" when it comes to the national debt. In other words, someone who won't fall for a "bunch of malarkey."

Maybe the best adage for any president should be: "First, do no harm."

Worst of all, the president we have does not know how to schmooze with other politicians, domestic and foreign. Why can't we all get along?

There is a difference between older and elderly. As my 89 yr old mom would say, "sharp as a tack rather then dull as a door"...
I know she is only a bit younger- but I am interested in Elizabeth. Now SHE is sharp as a tack!
I cannot wait for Bernie to "leave the stage". and Biden to be "shown the door" he is looking for. Both are good and faithful servants who deserve to live out their lives in the luxury that they have gained.
Why cannot we all get along? Have we ever???? LOL- This is politics!

Mark Twain was not full of malarkey.

Love this post, filled with old sayings, some of which I haven't heard in ages. But as to what we will get in 2020, que sera sera. I'm voting with anybody else than our current president. :-)

Hi Tom! I personally have no trouble with a politician being 70 or over...but I really don't think that will get them elected this coming time around. After reading Michelle Obama's book I was painfully aware that a HUGE reason that Hillary wasn't elected (oh, besides the Russian interference!) was because the younger generations saw her as just "another politician" and so they didn't vote. The person who will get elected this time around has to appeal to the young. Elizabeth might pull it off but NO to Bernie or Biden! Just my 2 cents of course! ~Kathy

Your people (or more precisely half of your people) have refused to accept the result of the last elections. This non acceptance was a bad turning point in politics, in democracy, in everything.

I was quite shocked, still am, as America sees itself the greatest democracy on earth; she even launches bloody wars to 'install' or 'protect' democracy in other countries (see Bush jr. in Irak; Obama in his Arab Spring campaign).

The 2020 elections could mend the dangerous divisiveness created by this non acceptance, through reelecting the current president and giving him the chance to rule. Otherwise, I foresee very dark days for America.

Duta, your accusation was fair until 20 January 2017. From that day onward, however, the current incumbent has had an opportunity to convince this nation that he is carrying out his responsibilities effectively - and has failed. This is not about refusing to accept the result of an election from almost three years ago, it's about where the nation is today, where the administration is today, and where we are going. The 2016 election is ancient history but the 2020 election is before us. The dark days are already here. Our responsibility is not to hold to our previous positions with obstinance, it's to soberly and responsibly accept that we - together as Americans - can and must do far better than the past 30 months have demonstrated.

Well said, Tom. I do have to laugh when I hear Uncle Joe say someone is "full of malarkey" and so do my kids. It's just such an elder uncle thing to say. But I really think Joe looks tired. And I'm tired of Bernie...sorry. But like most of your commenters, I'm ready for anyone but the current resident of the White House. I just hope and pray that we're not too far off a cliff by the time he's finished. The chaos is exhausting.

There was an interesting article (opinion piece) this morning in The Wall Street Journal. It's all about how Elizabeth Warren is all set to rob the retirees of all the wealth they have accumulated over their lifetime. read it. It's not funny at all and it makes one think and wonder WTF is going to happen to our retirement futures if this nutcase gets elected:
https://www.wsj.com/articles/warrens-assault-on-retiree-wealth-11568155283

The Wall Street Journal, IMHO, is not as biased as some other media outlets.
All I know is that I am going to think long and hard before I vote for anyone this upcoming election.

It is difficult to support a greenhorn candidate who is still wet behind the ears. However, some of the geezers in this race need a little comeuppance.

A critical election but maybe the fix is already in. Who knows, these days of electronic manipulations are upon us and the new welfare class (billionaires) are basically running things in their spare time as they accumulate more and more.

Because there never is enough.


We have our own extreme right situation here with an upcoming federal election just called. Lawd have mercy on all our souls.

All I will say is that I agree that the chaos IS exhausting....

Haha. Loved the old sayings. I'll be voting against Trump so whomever is chosen but I am against all these old candidates. The country should be run by younger souls who had old souls for parents and have raised young souls. They know where we should be headed better than 70 yo because the country should be looking to the future not the all white never to be seen again '50s. And yes I am almost 70 but believe where I would steer our country is not the country my children think about.

Oh yea, I am terrifically humble, you wouldn’t believe how humble I am......

an excerpt from a reply shown on TV here.

I am just praying, as do the majority of people in Europe, that the USA doesn’t make the same mistake again. “They like me over there” he said. Don’t believe it.

I am an optimist, and I believe our current situation is an anomaly.

I hope I am right.

Some of us actually like the current low unemployment rates, high returns on my 401K etc. I believe i'll stop reading your blog - too much for me....and yes, I bleed RED = small government & low taxes.

Well, I was hoping for Pete Buttigieg. Sigh...