Quiz: Do You Know Your Baby Boomer TV Shows?

Take this quiz and find out (answers below):

1.  Who played Perry Mason, the defense attorney on TV who invariably proved his client innocent, from 1957 to 1966?
a) Earle Stanley Gardner   b) Raymond Burr   c) William Hopper   d) Raymond Massey

5) Who as a young comedian was a writer for Candid Camera?
a) Woody Allen    b) Dick Cavett    c) Regis Philbin    d) Jerry Seinfeld

10) How many kids did the Waltons have? 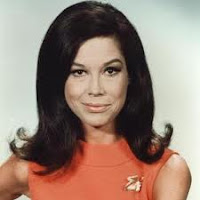 Bonus Question:  What series was named the greatest TV show of all time by TV Guide?
a) All in the Family    b) The Honeymooners    c) I Love Lucy    d) Seinfeld

These shows were not necessarily by or about Baby Boomers. Many of our parents watched some of these same programs. Back when the networks reigned supreme, and TV channels were not so scattered and specialized, we all sat down and watched many of the shows together.

I know that people like me, who are getting older, typically think things were better back then. But, really, wasn't Dick Van Dyke, or All in the Family or The Waltons more wholesome, more relevant and more entertaining than Two and a Half Men, or Honey Boo Boo?

Anyway, let's look back . . . and answer the questions about those old shows.

1)  Earle Stanley Gardner, a practicing lawyer and prolific novelist, created the character of the famous defense attorney. William Hopper played Perry Mason's trusty private detective Paul Drake. But it was the incomparable Raymond Burr who won two Emmys playing Perry Mason (and who also went on to star as a wheelchair-bound detective in Ironside, from 1967 to 1975). 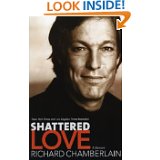 3)  Rob and Laura Petrie, and their son Richie, lived in the suburb of New Rochelle, NY.

4)  Vince Edwards was Ben Casey. It was Richard Chamberlain who played the impeccably handsome Dr. Kildare. He later went on to mini-series fame in Centennial and The Thorn Birds, and devoted much of his time to stage acting. Ironically, in his 2003 memoir Shattered Love, the former heartthrob revealed that he was gay.

5)  Dick Cavett wrote for Jack Paar and Johnny Carson. Regis Philbin wrote for his own local talk show in San Diego, only because he had no budget for writers. It was Woody Allen who worked for Candid Camera, as well as The Ed Sullivan Show and The Tonight Show, before going on to standup comedy and his storied movie career.

6)  Ed Sullivan happened to be passing through London's Heathrow airport in 1963 when he saw the crowd's reaction to the Beatles, who were arriving from a gig in Sweden. He signed the group for three consecutive shows in America, beginning with their live performance on Sunday night, February 9, 1964.

7)  Everybody who was anybody at the time appeared on Laugh-In, from Tiny Tim to Richard Nixon, from Bing Crosby to Flip Wilson. But the record shows no appearance by Bill Cosby, who may have been too busy doing standup comedy, making movies and studying for an education degree at the University of Massachusetts.

8)  Laverne & Shirley took over top TV ratings from All in the Family in 1977, starring Penny Marshall as Laverne DeFazio and Cindy Williams as Shirley Feeney.

9)  Fonzie, of Happy Days, used the men's room at Arnold's as his "office," but he lived in a room over the Cunningham's garage. However, he did rent his own apartment in the last season of the show, so give yourself full credit if that was your answer.

10) A trick question? Actually, I made a mistake. John Boy was the oldest Walton child, born in 1916. Then Jason, Mary Ellen, Ben, Erin, Jim-Bob, and the youngest was Elizabeth. Oops, count 'em. That's seven.

11)  Mary Tyler Moore moved from New Rochelle, NY, in The Dick Van Dyke Show, to Minneapolis, MN, for the Mary Tyler Moore show. In real life, she was born in Brooklyn, grew up in California, and currently lives in Manhattan, where she is active in diabetes issues and animal rights.

14)  In the final scene of Dallas in the 1979-80 season, J. R. was shot twice by an unseen assailant. The next episode, called Who Done It? aired on November 21,1980, and revealed that sister-in-law and mistress Kristin Shepard (played by Mary Crosby) shot him in a fit of anger. The episode ranks second only to the M*A*S*H finale as the most-watched TV program of all time.

Bonus Question)  TV Guide rated Seinfeld the greatest TV show of all time. Number 2 was I Love Lucy, No. 3 was the Honeymooners and No. 4 was All in the Family. See cbsnews for a complete list of the top 50.

Great story you got here. I enjoyed reading the articles especially on the Bill Cosby part.


Great! Your Article is really useful and informative, Here's my articles too.....

Correct me if I'm wrong but Lavern and Shirley was an offshoot of Happy Days, not All in the Family. Just sayin'.

Do you need Finance?
Are you looking for Finance?
Are you looking for a money to enlarge your business?
We help individuals and companies to obtain loan for business
expanding and to setup a new business ranging any amount. Get a loan at affordable interest rate of 2%, Do you need this cash/loan for business and to clear your bills? Then send us an email now for more information contact us now via Email: bullsindia187@gmail.com

Do you need Finance?
Are you looking for Finance?
Are you looking for a money to enlarge your business?
We help individuals and companies to obtain loan for business
expanding and to setup a new business ranging any amount. Get a loan at affordable interest rate of 2%, Do you need this cash/loan for business and to clear your bills? Then send us an email now for more information contact us now via Email: bullsindia187@gmail.com

DR OYAGU herbal medicine is a good remedy for herpes simplex virus cure. My name is MIGNON WRIGHT , am from USA,I am here to give my testimony about DR OYAGU who helped me in my life, i want to inform the public how i was cured from (HERPES SIMPLEX VIRUS) by DR OYAGU, i visited different hospital but they gave me list of drugs like Familiar, Zovirax, and Valtrex which is very expensive to treat the symptoms and never cured me. I was browsing through the Internet searching for remedy on HERPES and i saw comment of people talking about how DR OYAGU cured them, when i contacted him he gave me hope and send a Herbal medicine to me that i took and it seriously worked for me, am a free person now without any problem, my HERPES result came out negative, I pray to God to never let me and my family forget you in our life, am now cured permanently, you can also get your self cured my friends if you really need this doctor help, you can reach him on his website ;https://oyaguspellcaster.wixsite.com/oyaguherbalhome Email: oyaguherbalhome@gmail.com or via whatsapp +2348101755322

What an interesting story! I'm glad I finally found what I was looking for 메리트카지노.